The Sins Of The Ordinary Ghanaian 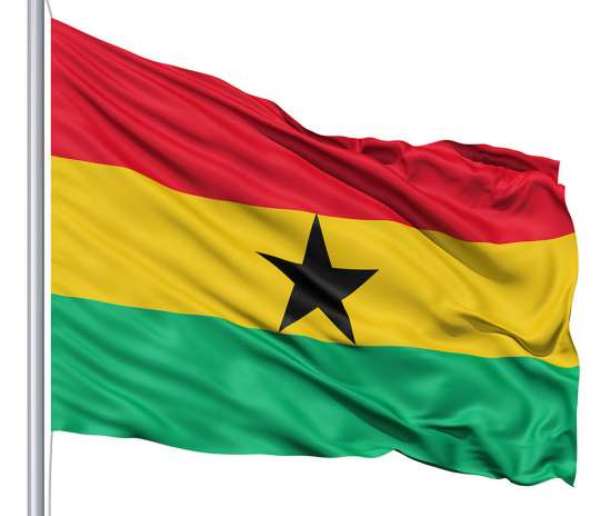 Not all Ghanaians are the same, and neither can they, as a people, be morphed into one and described as the same; but insofar as their education, religion, superstition, traditions and timidity and tribalism are concerned, a majority of the citizens are generally homogenous in the level of their ignorance.

And of the typical character of my people in these contexts, I would strongly allege that we generally proffer no trait that is good, nor any habit that is useful, purposeful, rational, logical or even intelligent. We are mostly a people beset by inherent envy and jealousy, atavistic evil, classical superstition and lack of reasoning powers: We go to school to learn nothing that improves our character and conduct.

We go to church to further our inherent hatred for our enemies and to catch them and lynch them as witches, devils or demons spiritually destroying our lives. We have a body of culture and tradition that impedes thinking and questioning….that projects, propels, protects, and preserves our superstitions and arrant ignorance. We hate one another on insipid tribal grounds while hypocritically loving the outsider.

We don’t even know what actual freedom and justice are all about, and have in the past permitted mere rogues to rule this country from the very beginning……men of unknown caliber and zero achievements supplanted the democratic others, imprisoned the citizens without trial, divided the country along party and tribal lines, abolished freedoms of speech, of association, of the franchise……freely killed off the people without compunction.

Later on, we watched while a mere rogue and an infantile upstart with no discipline, prospects, future or vision upset the democratic process and offer us wind for food and chains for necklace. Till date, we celebrate our murderers and tormentors, acclaiming them our redeemers and saviors. They in turn speak with impudence and arrogance against our democratic institutions and claim that they are privy to a better form of government of which they themselves have no clue about its form or structure. That form of government exists in their small heads.

Without a doubt, we are a tainted and sinful people, and we are our own worst enemies when it comes to the matter of our fate, and of our humanity! Our hospitality is to the foreign other, and to our siblings, we have reserved our potent poisons of ethnocentric posturing! Even if we had not been enslaved nor subjugated by colonialism, we would still not have possessed the intellectual wherewithal to establish the instruments of our progress and development. Why? We have a lousy notion and sense of justice which is the targeting of the better other, and the subsequent schadenfreude over their death and destruction. We have killed too many people and thereafter developed our narratives and hypotheses to justify their killings. Remember June 4 and bow your heads in shame that corruption is now endemic in the nation…..

The police are out there collecting bribes everyday and alleging falsehoods against the people instead of enforcing peace, law and order. The military has never been to war to protect the citizens apart from staging coups and beating the citizens up and torturing or killing them for free. The religious leaders are no moral guardians of the people, for they, through chicanery, magical tricks and plain prestidigitation, strip the people of their resources, inject superstitious lies in them and urge them to persecute and beat up their parents and relatives for being witches and wizards, and being responsible for their failures in life. Thereafter, they substitute themselves with these relatives and gorge down the inheritance meant for their care and upkeep. Every Ghanaian has given more money to their pastors and churches than they have their own parents or close relatives. And if this is not an archetypal stupidity, what can conceivably compare to this majestical error?

Our teachers are busy teaching trash to their students, offering grades for sex and sleeping with their pupils at will, frequently using them for slave labor instead of teaching them life skills. Our chiefs are known for co-equal polygamy and corruption in land sales, extorting money from the people with oppressive claims and strange customs. The politicians are busy collecting kickbacks, falsifying invoices and telling plain lies to the people, promising the sun and delivering droppings on earth. Our judges are serving long sentences to the poor for stealing plantains while ignoring the politicians that have stolen millions. Nowhere do we have any true institution working to protect the country!

In short, we are a people without a conscience or moral compass, having sat silent while some three heads of states were executed; when our man and women were beaten, imprisoned, raped and violated; when our leaders used the instruments of their political powers to humiliate the people, to antagonize the citizens, to torture, rape imprison and kill them….We even remained acquiescent and raised no objection nor protested against any lack of due process; instead, we shouted “Let the blood flow!”

To date, it looks like everybody in Ghana is looking for a source of authority with which to persecute his fellows, to upend their peace, to compromise their security, to demolish their property, to destroy their businesses, to torment or injure them or to leave them in abject misery. To us, the authority vested in us by the people has become the same authority with which to maim and destroy the people. Authority, to the typical Ghanaian, means the right to persecute and exact vengeance against those whose circumstances are better than them. Jealousy is the staple of the typical Ghanaian.

In sum, we are all sinners! We don’t have the mental capacity to differentiate between good and bad, between justice and injustice, between freedom and bondage, between diligent governance and sheer showmanship, between integrity and dishonesty, between magical tricks and scientific conduct, between retardation and innovation, between creativity and mental stasis, between objectivity and slanted judgment, between praxis and rhetorics, between clarity and obscurity, between fulfillment and vacuousness, between hypocrisy and authenticity, between reasoning and foolishness, between logic and illogic, between reality and fantasy, between delusion and disillusionment, between dream and reality…….And within all this lack of capacity underlie the reason for our inability to be creative, to be innovative and even to be inventive. And if we are still thinking that somebody somewhere or somehow is going to appear from the skies to set all things right, then we are just pitiable clowns who will turn into maggots in the stinking sewage of our graves.

A reversal of each of our evils lies a reversal of our fortunes in that little respect; no more; no less. Everything will depend on our own efforts; not on anybody else’s. Our salvation and redemption

lie in immersing the school system in philosophical thinking and scientific rationality; in overturning our religious and cultural illusions and delusions; in rearranging the formulations of our political administration and choices of our leadership; in abolishing superstition in all its forms; in burying all notions of tribalism and ethnocentrism.

We should repair each and every block of our impaired characteristics before we can proceed to progress. For example, an attack on our superstition ought to lead to an abolishment of our religious fantasies and cultural practices that promote our vulnerabilities and gullibilities; and the substitution of these stupid forms with strict scientific principles without exception. And if we intend to battle political corruption, our aim ought to be to obviate all vestiges of rot, immorality and graft within the system.

Our expression of the sins of our people and their redemptive remedies and total purgation may appear utopian, idealistic and even impracticable. Even so, there is no disincentive for beginning our social reformation today for our national progress tomorrow. The alternative is to continue to perpetuate the present evils which will then become a sure pathway to our cultic dance of death.

Samuel Adjei Sarfo, Doctor of Jurisprudence, lives in Austin, Texas, USA. You can email him at [email protected]