Here is your stone, Sefa Kayi: We are indeed being ‘killed’ by hypocrisy and dishonesty 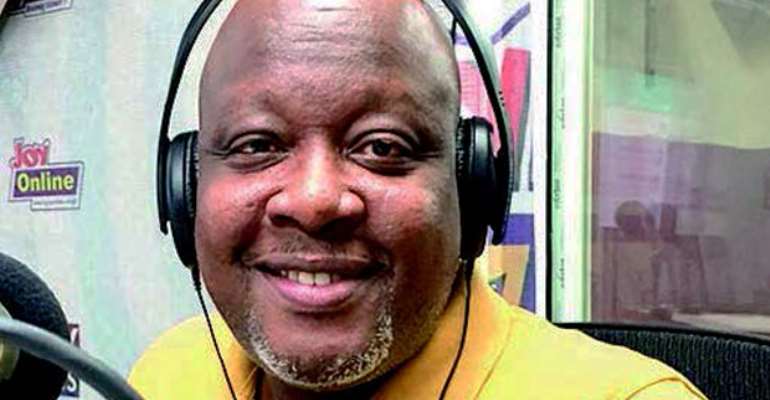 Indeed, the political elites have been playing their abhorrent tricks on the minds of Ghanaians for far too long. For, if that was not the case, what else would motivate some of our politicians to persistently propagate obvious vile propaganda with a view to scoring cheap political points?

Truth must however be told, the critics are far from right for asserting somewhat impetuously that President Akufo-Addo has wilfully worsened the plight of Ghanaians since assuming power on 7th January 2017.

The fact, however, remains that under the erstwhile NDC administration, Ghana, unfortunately, experienced massive economic meltdown which regrettably brought to pass harsh socio-economic standards of living.

Thus, it would always be extremely difficult for any government to reverse such mess within a shortest possible time.

Take, for example, the Economist Intelligence Unit (EIU) concluded in its country report released on 13 May 2019 that Ex-President John Dramani Mahama will find it extremely difficult to convince discerning Ghanaians into accepting that he is the preferable manager of Ghana’s economy, given the country’s fairly strong economic growth under President Akufo-Addo.

In fact, before the unspeakable coronavirus, Akufo-Addo’s administration moved the economic growth from a disappointing 3.4% in December 2016 to a favourable 8.6%.

In my view, therefore, the EIU has been extremely charitable to former President Mahama for failing to make it clear that NDC would have stood a better chance in 2020 if the party Delegates had elected a different flagbearer.

Given the circumstances, it is somewhat spurious for the sceptics to assert, albeit anecdotally that the thriving economy is not reflecting in the pockets of Ghanaians.

The vast majority of Ghanaians, so to speak, have benefited immensely from the implementation of many social intervention programmes and policies.

Let us, therefore, remind ourselves that since the inception of the Fourth Republican Constitution, the successive NPP governments have graciously introduced numerous interventions such as the Free Maternal Care, the NHIS, the Metro Mass Transport, the School Feeding Programme, the Livelihood Empowerment Against Poverty (LEAP), , the Free SHS, amongst others.

So the economic experts want to tell us that such interventions aren’t reflecting in the pockets of the Nurses and Teachers?

In addition, the Akufo-Addo’s government has judiciously distributed the national resources in the form of Free SHS, which has paved way for more than 400,000 children a year, including the over 190,000 children who otherwise would not have the opportunity to enter senior high school.

It is, anticipated that the government will spend a staggering amount of GH5532.83 over a period of three years on each student.

How can any economist then convince some of us, who are mere plebes when it comes to economics that the Free SHS scheme is not reflecting in the lives of Ghanaian parents?

Given the fact that the erstwhile Mahama’s administration wilfully left behind massive debt amidst economic meltdown, it is, indeed, commendable for Akufo-Addo’s government to afford to implement the seemingly admirable, albeit costly social intervention such as Free SHS.

It is, also, quite estimable for the incumbent NPP government to relieve Ghanaians of over eighteen nuisance taxes which had hitherto crippled businesses.

Somewhere last year, the sensitive Akufo-Addo government commendably slashed the import taxes (30% on cars and 50% on goods) to the utter delight of importers, and Ghanaians as a whole.

Following the announcement of the reductions of benchmark values, a host of beneficiaries attested to considerable discounts.

Take, for example, we were informed by some credible sources that following the announcement, the duty on a Toyota Corolla saloon car has been reduced from GH22, 000 to GH15, 000.

We also heard another importer narrating how he previously paid GH14000 duty on a certain saloon car but only paid GH9500 after the announcement.

Clearly, the lives of Ghanaians are being transformed steadily through many pragmatic interventions, such as tax reductions (including import taxes), favourable economic growth, low inflation, gargantuan savings on free SHS, amongst others.

Considering the conspicuous rot in the Mahama’s administration, some of us cannot help but to giggle over the NDC loyalists renewed zeal to return to power so soon.

It is, indeed, quite baffling to see the brassbound supporters of NDC moving heaven and earth to reclaim power barely 44 months after being voted out of power by discerning Ghanaians for the dreadful errors in judgement which brought about massive economic mess.

Whatever the case, we hope and pray that Ghanaians will miraculously overcome their perceived beguiling, albeit harmful memory loss so as to hold NDC accountable for the errors in judgement which unfortunately brought the country to its knees.

Ghanaians cannot relent in their efforts to take Mahama and NDC to task for woefully dragging the 14% economic growth in 2011 to a disappointing 3.4% in December 2016.

Why wouldn’t Ghanaians hold NDC to account for wilfully raising Ghana’s debt from GH9.5 billion in 2009 to an incredible GH122.4 billion by December 2016 with a little to show for?

Truth be told, the National Democratic Congress cannot exonerate itself from the blame for collapsing Ghana’s currency beyond redemption. In December 2011, the exchange rate was GH1.65 to $1.

Frankly stating, the good people of Ghana cannot so soon forget and forgive former President Mahama and NDC for the business crippling dumsor in the last five years of the erstwhile NDC administration.

Trust me, dearest reader, Ghanaians cannot so soon forget that Mahama and his NDC government shrunk the GDP from $47 billion in 2011 to $40 billion by December 2016.

Truly, not every Ghanaian has forgotten and forgiven Mahama and NDC for carelessly giving out large portions of Ghana’s scarce resources to parasitic creatures like Madam Akua Donkor.

It goes without saying that no one can fault Ghanaians for holding Mahama and NDC responsible for egregiously giving away 58% of Ghana’s bauxite to Ibrahim Mahama on 29th December 2016, just a little over one week before exiting power.

Well, if for nothing at all, discerning Ghanaians cannot so soon forget the over GH800 million dubious judgment debt payments, including the GH51.2 million to Woyome, $30 million to the Waterville and $325,000 to Isofoton which resulted in the drastic reduction of capital expenditure, and as a consequence, most contractors were not paid by the erstwhile NDC administration.

To be quite honest, some of us would be extremely surprised if Ghanaians failed to teach Mahama and NDC a great lesson for clandestinely diverting $6 million of a government loan facility of $175 million meant to provide seven district hospitals into researching the then governing NDC’s chances of winning the 2016 general elections.