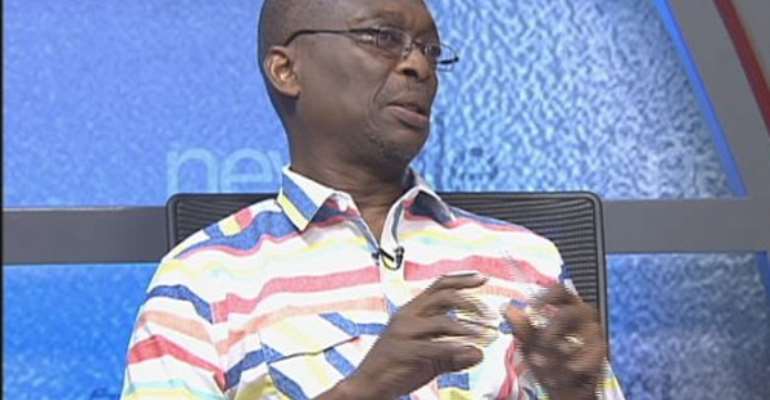 The opposition National Democratic Congress (NDC) is after the Editor-in-Chief of the New Crusading Guide newspaper Kweku Baako asking him to retract and apologise over his assertion that its flagbearer, Mr John Dramani Mahama, while in power, cut sod for projects when his government had not yet secured funding for them.

This follows publications by some online news portals that Mr Baako had claimed that the NDC flagbearer was cutting sods for projects without first securing funding.

A statement signed by the NDC's National Communication Officer, Mr Sammy Gyamfi, on Thursday, 17 September 2020, said its attention has been drawn to a publication by some online news portals, “under the caption, Kweku Baako Exposes Ex-Prez Mahama Over 'Sakawa' Projects”.

The main opposition party noted: “In this story, the Editor-in-Chief of the New Crusading Guide newspaper, Abdul-Malik Kweku Baako is reported to have accused H.E John Dramani Mahama of cutting the sod for the commencement of some projects when funding for same had not been secured.”

The NDC stated unequivocally, that: “The claims attributed to Mr Baako in the said publications are false.”

According to the NDC, Mr Baako’s “claim that President Mahama cut the sod for the Tema Motorway Interchange project when no budgetary allocation or funding was available for same is palpable falsehood.

“The facts show that even though the preparatory works and funding for the said project (a USD55 million grant from the Japanese government through JICA) was secured by the erstwhile NDC/Mahama government, H.E John Dramani Mahama never cut the sod for the commencement of the project when he was President of the Republic of Ghana between the period of 2013 to January 7, 2017.”

The NDC explained that: “Rather, it was the construction of two (2) 105-metre span flyovers from the Flower Pot Junction to link the Tema Motorway (BOG-funded) and another to link the East Legon/Shiashi stretch projects (GOG-funded), that President John Dramani Mahama cut the sod for, on 2nd November 2016.

“As a matter of fact, the sod-cutting ceremony for these two (2) projects which are separate and distinct from the JICA-funded Tema Interchange project, was done on the same day that President Mahama inaugurated the 4.7-kilometre road which runs from the Congo Junction at Burma Camp, through the Airport Hills Overpass to the Flower Pot Junction on the Spintex Road.”

It further continued that: “The Contractors for both projects were already on-site at the time President Mahama cut the sod for the commencement of the projects which were being funded from the government’s own resources and expected to be completed within 24 months at a cost of GHS50 million.

“Therefore, the claim by Mr Baako, that President Mahama cut the sod for the Tema Interchange project when no budgetary allocation or funding was available for same, is not borne out by the facts. For emphasis, H.E John Dramani Mahama never performed any sod-cutting ceremony for the Tema Motorway Interchange project when he was President of the Republic of Ghana. Mr Baako’s claim is false, hence, must be retracted and an unqualified apology publicly rendered for same.”

Regarding the 2nd Phase of the Kumasi Airport Expansion project by President Mahama, the NDC noted that “Mr Baako acknowledges that the loan for the project had been approved by the Parliament of Ghana at the time President Mahama cut the sod for the commencement of the project in December 2016.

“Indeed, President Mahama performed the sod-cutting ceremony after securing parliamentary approval of a loan of 65,037,500 Euros from Banco Santander S.A. and export credit support from the United Kingdom Export Finance Agency, for onward lending in the sum of 7,762,500 Euros, to the Ghana Airports Company Limited, in November 2016.”

It continued that: “Aside from the fact that Parliament had approved the loan facility at the time President Mahama cut the sod for the project, the contractor, who had completed the first phase of the project, had moved to site and had cleared and fenced the land for the take-off of Phase 2 of the project.

The statement continued that: “Mr Baako’s assertion about unfulfilled conditions does not in any way contradict the statement made by President Mahama at the NDC’s Kumasi Town Hall Meeting that, he vowed never to cut sod for any project until he saw a contractor on-site due to lessons he learnt from the delayed start of the Upper West Regional Hospital project.”

The NDC reiterated Mr Mahama’s caution to the chiefs and people of Ghana not to “be hoodwinked by the fake (“Sakawa”) sod-cutting ceremonies being performed by President Akufo Addo and other officials of his government in recent time for the commencement of various projects across the country, funding for which are neither captured in the 2020 mid-year budget nor approved by Parliament.

“We submit that, but for his wastefulness and unbridled penchant for profligacy and corruption, President Akufo-Addo should have been commissioning significant developmental projects by now given the unprecedented total resource envelope of GHS374 billion that has accrued to his government in the last three (3) and half years and not be performing the fake (“Sakawa”) sod-cutting ceremonies we are currently witnessing, which are calculated for electoral votes and nothing more.”

It added that: “The desperate attempt by Mr Abdul Malik Kweku Baako and other government spokespersons to parry this important issue and create the false impression that President Mahama is equally guilty of the practice of fake sod-cutting ceremonies should be dismissed and roundly condemned.”