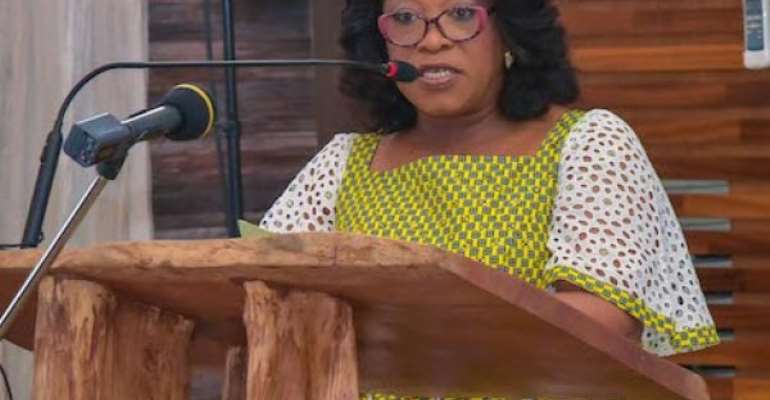 Ghana's Minister of Foreign Affairs and Regional Integration, Ms Shirley Oyorkor Botchwey has briefed members of the Diplomatic Corps on the outcome of the consultative meeting on the Malian political instability.

Ms Botchwey outlined some of the key decisions reached at the consultative meeting held at Aburi on Tuesday, September 15, including the need for a transition government led by a civilian President and Prime Minister in Mali.

She said the Authority asked the National Committee for the Salvation of the People (CNSP), the military Junta that ousted Malian President Ibrahim Boubacar Keita on August 18, 2020, to immediately nominate two civilians as President and Prime Minister, to oversee the transition process, which should not go beyond 18 months.

Ms Botchwey said the Authority reaffirmed its demand for

civilian-led transition administration to ensure a swift return to constitutional rule in Mali.

The Authority stated that the military Junta would be dissolved immediately the civilian transition government was constituted, she added.

Ms Botchwey noted that the ECOWAS Authority agreed to lift all the sanctions imposed on Mali when the transition president and prime minister were appointed.

Ms Botchwey said the Leader of the Military Junta, Colonel Assimi Goita, and his delegation, however, told the Authority that, they would have to go back and make further consultations with the decision-makers in the CNSP.

It is expected that Nigeria's former President Goodluck Jonathan would visit Bamako next week to assess the status of the implementation of the decision arrived at the Aburi meeting.

ECOWAS suspended Mali and imposed sanctions due to the political uprising that ousted President Ibrahim Boubacar Keita's government on August 18, 2020.

The bloc suspended financial transactions between Mali and its 14 other member countries, and also suspended the troubled nation from its internal decision-making bodies, and asked the military Junta to appoint a President and Prime Minister by September 15, 2020, or face further sanctions.

Tuesday's meeting in Aburi was convened by President Akufo-Addo, Chair of ECOWAS, to reinforce the decisions in the Charter agreed on at the 57th ECOWAS ordinary summit held in Niamey, capital of Niger.