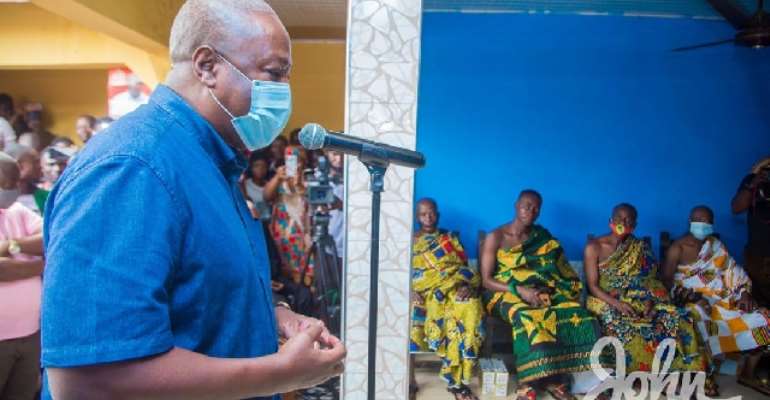 Former President John Dramani Mahama, has reiterated his promise to upgrade the Amantin Health Centre in the Bono East Region to the status of a polyclinic if elected President on December 7. 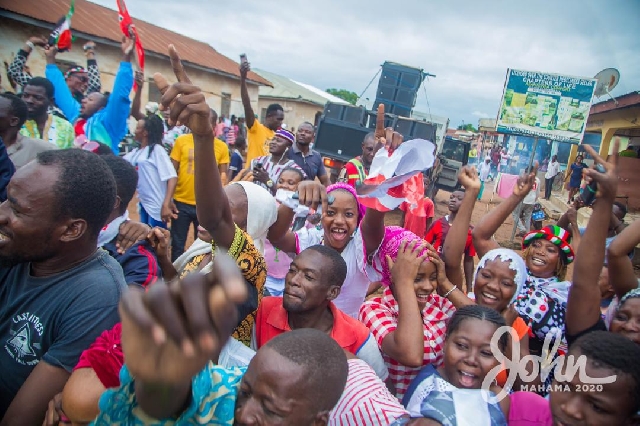 Mr Mahama, ahead of the 2016 polls, made the same promise to the people of Amantin but lost the election to President Nana Addo Dankwa Akufo-Addo. 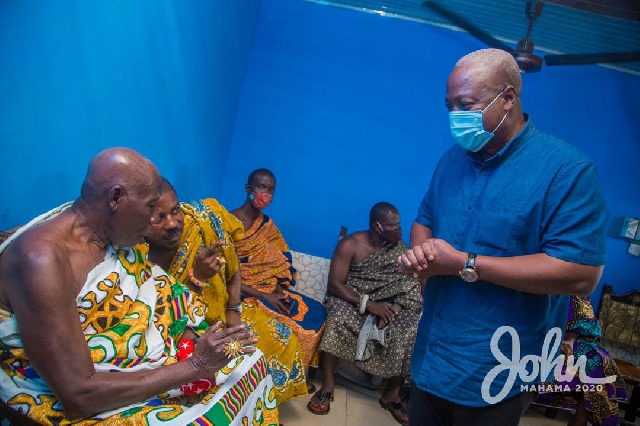 The NDC flagbearer, who was speaking at a durbar of chiefs and elders of Amantin on Thursday, 17 September 2020, reiterated his commitment to the earlier promise.

Mr Mahama noted: “In 2016, I came before you the chiefs and people and made a promise to build you a polyclinic. 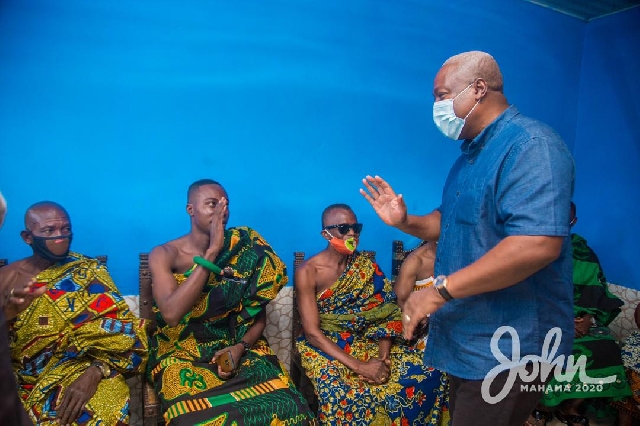 “It is a promise I remain committed to and will honour when I become President”, Mr Mahama said.

The NDC flagbearer also urged the people of Amantin to participate in the population census scheduled to take place in 2021.

He indicated that taking part in the 2021 census will help determine their population size and aid in the decision to upgrade the community to become a district so it can experience the development that comes with becoming a district, including a police station, hospital among others.

For farmers in the community, the NDC flagbearer said he would ensure that an agricultural mechanisation centre is built and equipped with ploughs, tractors, a boom sprayer and other equipment, which will provide services for farmers.

The farmers can, however, pay for the services after harvesting their crops.

Mr Mahama expressed optimism that this intervention would entice the youth to venture into farming.

The NDC flagbearer also promised to build a dining hall and other needed for facilities for the Amansie Senior High School.

For his part, the Chief of Amantin, Osabarima Nana Owusu Ababio II, called for peace ahead of the December polls.

The NDC flagbearer is currently on a tour of the Bono East Region.