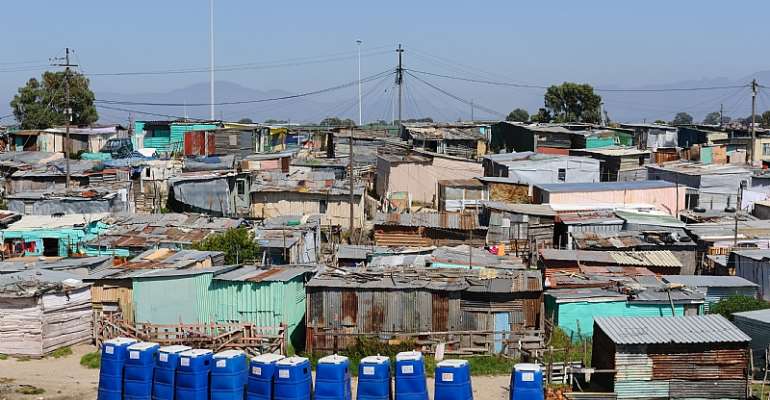 South Africa has exceedingly high rates of rape of women and girls by non-partners. It's estimated that between 5% and 12% of women may have been raped by a man who is not a romantic partner. This, however, could be an underestimate. In earlier research, 21% of men reported perpetrating non-partner rape in their lifetime. Rape is a human rights violation. It also has a negative impact on the mental health and social wellbeing of women and girls .

An important but overlooked factor adding to the risk of rape by a non-partner is the issue of toilets.

Studies globally have made the link between the lack of adequate sanitation – particularly open defecation (outdoors) or shared community toilet facilities – and the increased risk of women and girls being raped. This can happen when women and girls walk during the day, and particularly at night, to use toilets. Poor maintenance of shared toilet facilities poses additional risks.

In South Africa, not everyone has a private secure toilet facility. A government survey in 2015 showed that access to private toilet facilities had improved. But a quarter (25.6%) of households only had access to shared toilets . Most shared toilets were within 200 metres of the household. But 6.1% of households reported having to go more than 200 metres to access toilets. Among those who had to use shared toilets, concerns included physical safety, poor lighting, lack of water to flush or wash hands, and poor infrastructure.

These challenges are particularly clear in communities where infrastructure has not kept pace with rapid growth. And it may be that women and girls who do not have private secure toilet facilities are more likely to be raped than those who do have decent facilities. We set out to examine whether this was the case.

Our study was conducted in the South African provinces of KwaZulu-Natal and Gauteng. We looked at four health districts. In each of these four districts we identified communities with particular challenges related to HIV, where community partners work. We conducted a cross-sectional quantitative survey, designed to be representative of young women in these communities. The primary study was for a wider analysis exploring young women's vulnerability to HIV, and we re-purposed the data for our own analysis. Our analysis included 10,635 young women between the ages of 18 and 24, who were asked about their household's access to toilet facilities.

Overall, we found that one in 20 (5.7%) of the young women in our study had been a victim of non-partner sexual violence in the past year. The highest rate of past year non-partner sexual violence was observed in women who only had access to shared toilet facilities (7.2%) and those without any toilets (7.1%), compared to 5.5% and 4.8% in those with their own outdoor and indoor toilets.

After controlling for a variety of factors which may confound the association, including poverty, we observed that women who use shared toilets were at a 45% increased risk of past year non-partner sexual violence compared to those with their own indoor toilets. A similar increase in risk for past year non-partner rape was also seen for those with no toilets (43%), but because of the small numbers reporting this, it was not statistically significant.

Our findings importantly demonstrate that the lack of access to adequate private toilet facilities for young women and girls is increasing their risk of being raped by a non-partner.

Sustainable development goal 6, indicator 6.2 , is specific about this: “By 2030, achieve access to adequate and equitable sanitation and hygiene for all and end open defecation, paying special attention to the needs of women and girls and those in vulnerable situations.”

As our study showed, despite a growing number of young women and girls having access to sanitation, this is not safe for them.

Addressing the significant public health and human rights burden of non-partner rape requires integrating these insights into urban planning, as well as focusing on social transformation. There needs to be continued effort by government and non-governmental organisations to address men's perpetration of rape, including improved policing, and holding men accountable for this.

Our study also highlights that improving access to sanitation facilities which are private and secure must be central to discussions on the prevention of sexual violence. Addressing the abhorrent level of non-partner rape in South Africa requires such a multi-sectoral approach, with those involved in urban upgrading and the provision of water and sanitation working closely with communities.