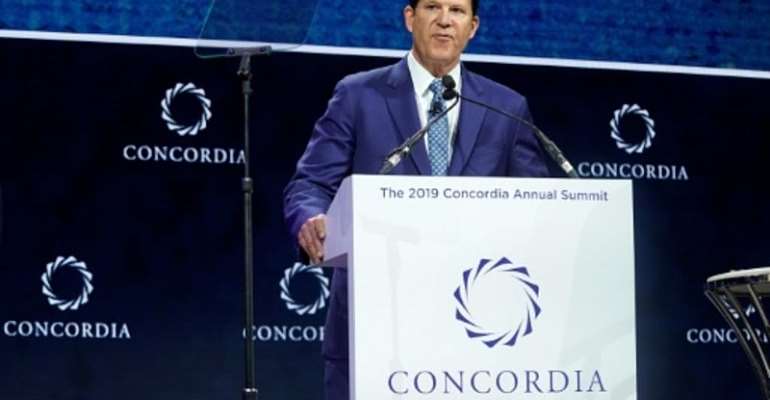 A top US diplomat landed in Taiwan Thursday, the highest-ranking State Department official to visit in 40 years, in a further sign of Washington's willingness to defy China and its campaign to isolate the self-ruled island.

Keith Krach, undersecretary of state for economic growth, energy and the environment, will attend a memorial service for late president Lee Teng-hui on Saturday, the US State Department has announced.

The trip, by the second highest-ranking US official to visit to the island since Health Secretary Alex Azar met with President Tsai Ing-wen on 10 August, triggered an angry response from Beijing. “Krach's visit to bring misfortune to Taiwan” reads an editorial in the Beijing-controlled Global Times.

“The US and the island of Taiwan continue to adopt the 'salami tactics' to expand the space for their ties, increasing US arms sales to the island, and attempting to force the Chinese mainland to swallow such a trend,” according to the newspaper, which will lead to Taiwan's inhabitants being "plunged into misery. If that day comes, Taiwan authorities will be an unforgivable sinner for both the island and the rest of China.”

Beijing rejects any official recognition of Taiwan, where nationalist troops fled after the civil war that was won by Mao Zedong's Communist Party in 1949.

Since then, Beijing systematically demands any country that wants to establish diplomatic relations with the People's Republic of China to recognise that “Taiwan is an inseparable part” of the mainland.

As a result of aggressive lobbying, the number of countries that recognise Taiwan's diplomatic relations has dwindled to only 15, with Palau, Nauru, Marshall Islands and Tuvalu in the Pacific; Eswatini (formerly Swaziland) is Taiwan's only diplomatic tie with Africa.

Taiwan's diplomatic stronghold is Latin America, with embassies in Guatemala, Honduras, Nicaragua, Belize, Haiti, St. Christopher and Nevis, Saint Lucia and St. Vincent and Paraguay. The island's only tie with a western 'country' is the one with Vatican City, that has a centuries-old feud with Beijing over who is in charge of China's millions of Catholics.

Most other countries have non-diplomatic “Trade” or “Commercial” offices, most of them manned by professional diplomats.

Taiwan's increasing isolation started in 1979 when Washington switched ties from Taipei to Beijing – a direct result of the visit by the US President Richard Nixon to China in 1972. Most other countries then followed.

But the US issued the “Taiwan Relations Act” guaranteeing support to Taipei in case of an invasion by the mainland, and providing yearly arms sales to beef up Taiwan's military forces.

In 2019, US Congress added the “Taiwan Allies International Protection and Enhancement Initiative (Taipei) Act” which reiterates that the US ''conducts regular transfers of defense articles to Taiwan that are tailored to meet the existing and likely future threats from the People's Republic of China,” and “encourages the travel of high-level United States officials to Taiwan, in accordance with the Taiwan Travel Act''.

Coinciding with the Krach visit, Reuters reported that the US “pushes an arms sale surge” to Taiwan, intending to sell seven major weapons systems, including mines, cruise missiles and drones.”

This latest move contributed to an increasing hostility between Beijing and Washington, where ties were already strained by a trade war, US criticism of China's human rights violations in Xinjiang, Beijing's increasing influence in Hong Kong, China's aggressive expansion into the South China Sea while violating decrees issued by the International Court of Justice, accusations involving cyber spying and warfare, and US accusations that China is responsible for the spread of the Covid-19 epidemic.