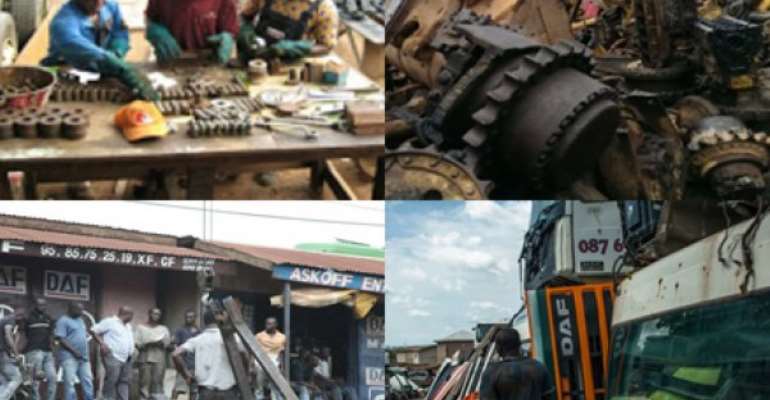 A Development Economist has called on political parties in this year's elections to make Suame Magazine the centre of their economic policy for the Ashanti region.

He described as historic, the manifesto pledge by the NDC to build a modern industrial village to transform Suame Magazine and the artisanal engineering industry in Kumasi and said that was a laudable idea.

Speaking to the Ghana News Agency after the NDC manifesto launch in Kumasi, Mr Azongo, who was the Consultant and Principal architect of the Suame Magazine Industrial Development Organization (SMIDO), said Suame Magazine was the only surviving industrial estate in Kumasi after the collapse of the wood industry.

The enclave remained the hub of employment generation and the pivot around which the entire artisanal engineering industry in Ghana and West Africa revolved.

“The millennia neglect of Suame Magazine is an irony of Ashanti's development policy tantamount to neglecting the goose that lays the golden egg”, Mr Azongo stated.

He called on the leadership of the various Suame Magazine Associations and the entire artisans in the Ashanti region to demand without compromise that political parties provided proof of their manifesto and policy proposals to develop Suame Magazine.

They should hold political leadership, right from the region to the national level accountable beyond the manifesto pledges to ensure actual delivery after winning political power.

This, according to Mr Azongo, was crucial for the survival of the artisans' trade given the exigencies of modern technology, which was threatening to collapse Suame Magazine.

Former President John Dramani Mahama at the launch of the NDC's 2020 election manifesto in Kumasi, dealt extensively on the plan to partner SMIDO to build an industrial park for Suame Magazine to provide a multi-purpose industrial space with modern and conducive infrastructural facilities.

He also pledged to ensure the provision of modern skills development facilities and integrated machine tooling, diagnostic and testing centres.

This had received mixed reactions from artisans and other key stakeholders in the automobile artisanal industry in the Suame enclave, with some saying such promises had been made several times by politicians but they were yet to come to fruition.

Mr Azongo said it was important for an urgent political will and deliberate national policy to salvage Suame Magazine from imminent collapse.

Mahama was disastrous in managing Ghana’s education — NPP’s ...
39 minutes ago