'Wake-up' call in Europe as virus surges back 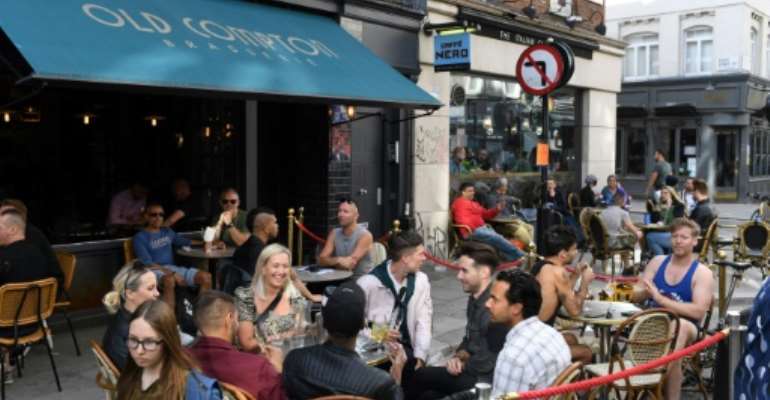 British pubs may be forced to close earlier. By DANIEL LEAL-OLIVAS (AFP/File)

The World Health Organization on Thursday warned of "alarming rates of transmission" of Covid-19 across Europe and cautioned against shortening quarantine periods as countries in the region scrambled to find ways to reduce infections without resorting to new lockdowns.

The WHO's regional director for Europe Hans Kluge said a September surge -- Europe set a new record last week, with some 54,000 cases recorded in 24 hours -- "should serve as a wake-up call for all of us."

In Britain, new restrictions will take effect Friday, with Prime Minister Boris Johnson warning that pubs may have to close earlier to help avoid a "second hump" of coronavirus cases.

Residents of northeast England, including the cities of Newcastle and Sunderland, will no longer be allowed to meet people outside their own homes or immediate social circles.

A square in the Spanish city of Valencia was temporarily renamed "Coronavirus Square" as part of a public awareness campaign. By JOSE JORDAN (AFP)

The government already imposed rules across England on Monday limiting socialising to groups of six or fewer, as daily cases reached levels not seen since early May.

Britain has been Europe's worst-hit country, with the government registering nearly 42,000 deaths.

WHO Europe said the UN health body would not change its guidance calling for a 14-day quarantine period for those exposed to the virus.

France hs reduced the recommended length for self-isolation to seven days, while it is 10 days in the UK and Ireland. Several more European countries, such as Portugal and Croatia, are also considering shorter quarantines.

Vaccines for the rich?

He said he would begin rolling out a vaccine as soon as next month, despite doubts expressed by a top government health expert who said a jab was unlikely to be widely available until mid-2021.

Democrats have expressed concern that Trump is pressuring government health regulators and scientists to approve a rushed vaccine in time to help his uphill bid for re-election in early November.

But in an implicit swipe at Trump, EU chief Ursula von der Leyen said Wednesday that Europe would support multilateral bodies such as the WHO and a more equitable rollout.

"None of us will be safe until all of us are safe -- wherever we live," she said. "Vaccine nationalism puts lives at risk. Vaccine cooperation saves them."

The 200-member group accuses the government of "playing it by ear" in its response, lawyer Fabrice de Vizio told AFP.

The families accuse the Wuhan and Hubei provincial governments of concealing the outbreak when it first emerged there late last year, failing to alert the public and bungling the response.

Ejura probe: Ministerial Committee presents its report to In...
48 minutes ago