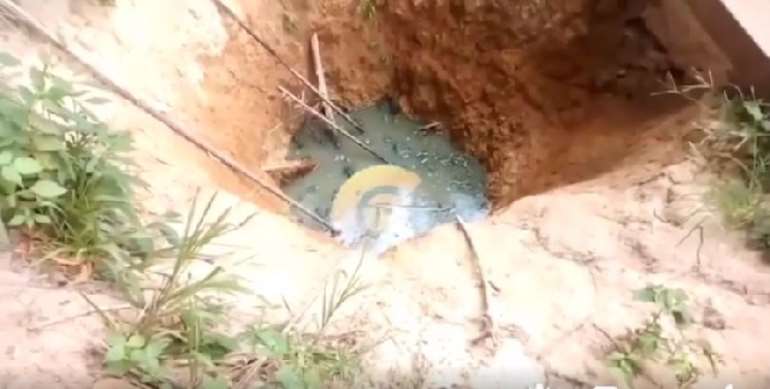 Residents of Tortibo, a farming community with a few palm wine tappers in the Pupuni electoral area of the Asuogyaman district in the Eastern Region say they are forced to drink from a frog-infested water source due to the unavailability and access to clean and healthy water in the area.

CTV’s Gifty Aboagyewaa Okai has reported that the village, which has a population of about 1,000 residents, had been depending on a dugout as the only source of clean water until it dried up.

The Dade Mantse of the area, Steven Teye, told Gifty Aboagyewaa Okai that “the clean water source has dried up and they are making arrangements to dig a well for potable water.”

He noted that the only water source left has been contaminated by frogs.

The Assemblyman of Tortibo, Mr Jonathan Ayamboro, said he has been trying to get his people pipe-borne water but to no avail.

“I have been complaining about this for so long. They need pipe-borne water here. I will keep talking about it even if they get a potable source of water that is quite salty,” he said.