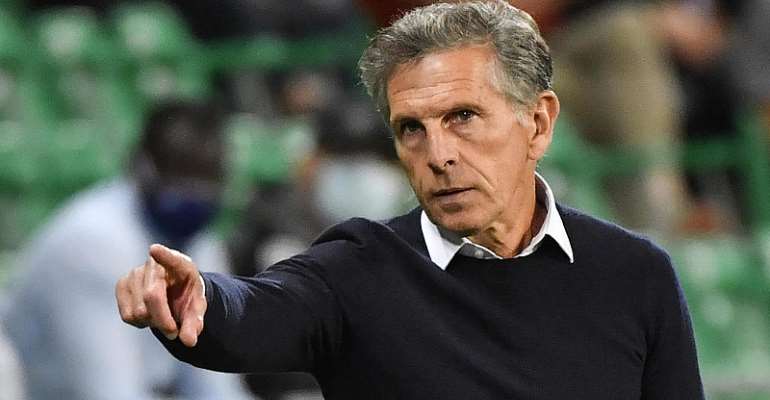 Something's gotta give on Thursday night as Marseille and Saint-Etienne - the last two Ligue 1 teams boasting a 100 per cent record - go mano a mano at the Vélodrome.

But it was postponed after several members of the Marseille team and staff tested positive for coronavirus.

In their subsequent games, Saint-Etienne dispatched Lorient 2-0 on 30 August and saw off Strasbourg by the same score after the break for international matches on 12 September.

Claude Puel's men will go top with a draw.
However they face a huge challenge. The 59-year-old, who is celebrating his 600th Ligue 1 game as a coach, takes his team to a Marseille side buoyant after their 3-2 success at Brest on 30 August and 1-0 victory at Paris Saint-Germain on 13 September.

It was Marseille's first league success over their arch rivals since November 2011.

“The players deserve all the credit. They were brilliant. We didn't start well but played excellently after our goal.”

Punishment
However the win at the Parc des Princes came at a price.

Dario Benedetto and Jordan Amavi were both sent off in the brawl at the end of the game in which the PSG striker Neymar lashed out at the Marseille defender Alvaro Gonzalez and later accused him of racism.

The Spaniard has denied the claim and Marseille have issued a statement backing their man.

The rancour is likely to continue. Marseille say that PSG's Angel Di Maria - who was returning to action after testing positive for coronavirus - spat at Gonzalez.

The league's disciplinary watchdogs have launched investigations into both of the allegations after banning Benedetto for Thursday night's match and suspending Amavi for the Vélodrome clash and two other games.

Puel faces no such disciplinary concerns as he broaches his management landmark.

After starting his career at Monaco in 1999 where he won the French title in 2000, he coached at Lille, Lyon and Nice before a three year sojourn in England where he led Southampton and Leicester City.

He returned to France in October 2019 to replace Ghislain Printant at Saint-Etienne and took the club to the final of the 2020 Coupe de France where they lost to PSG.