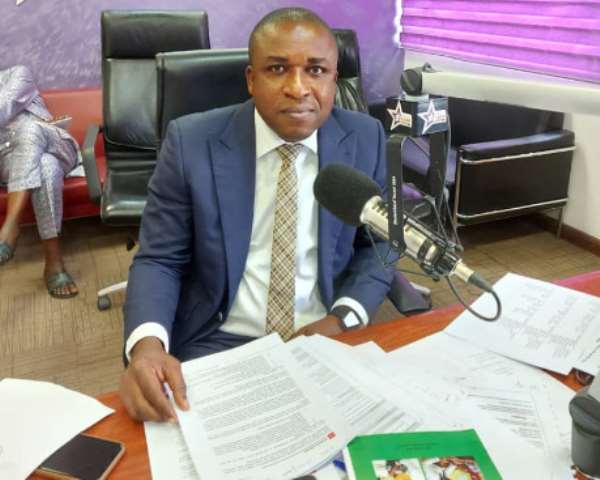 The Member of Parliament for Brekum East and Chairman of the Health Committee of Parliament, Dr. Kwabena Twum Nuamah, has stated that there is no way Okada can be safe hence must not be legalised.

According to him, the position by the NPP that Okada will not be legalised under the Akufo-Addo administration is the right position and must be supported by Ghanaians.

“I support the vice president’s assertion 100%. If you visit most of our emergency centers, especially Korle-Bu, you’ll see the havoc that it is causing in hospitals. When you are riding okada, your safety level is so low. Okada’s accident is more fatal than others.

“There’s no way we can make okada safer. After wearing the helmet, what else…I believe most of the guys who are riding these okadas are out of necessities. If they are given better options, they will move from that,” Dr Nuamah said on the Morning Starr on Thursday.

According to him, though it’s a tough decision to make, the government has had to take this stance in the supreme interest of Ghanaians.

The Flagbearer of the main opposition NDC, John Mahama has promised that his government will legalise the commercial operation of motorbikes popularly known as Okada when voted into power in 2021.

According to him, the Okada business has become a means of sustenance for young people who are unemployed.

Addressing people during his tour of Kpando in the Volta Region, he stated that “our law says okada is illegal, but it is a reality it has come to stay and you can’t stop it. So, I say when we come into office, we legalize it but we will regulate it.”

The assurance by the ex-President has generated a lot of excitement among the thousands of Okada riders in Ghana with a huge number of them publicly stating they’ll vote for the NDC in the upcoming December 7 general elections.

Mahama was disastrous in managing Ghana’s education — NPP’s ...
46 minutes ago