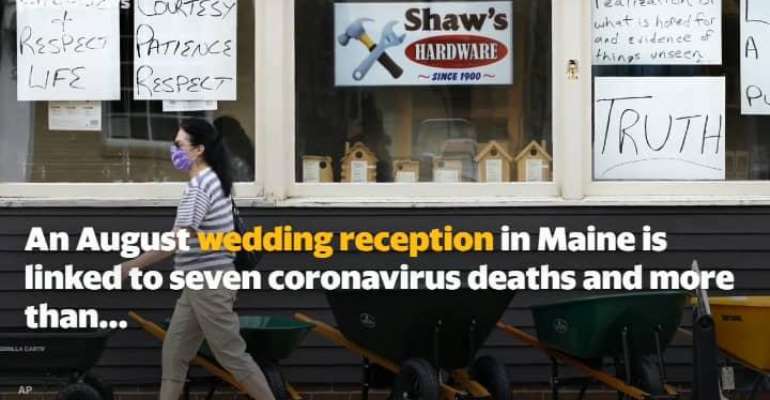 Some seven persons have been reported dead as a result of the novel coronavirus outbreak linked to an indoor wedding reception in Millinocket, Maine.

An additional 176 people who attended the reception have been reported to have contracted the diseases.

Reports gathered by DGN Online suggest that one of the seven persons died in a Millinocket hospital while six were at the Maplecrest Rehabilitation Center in Madison.

Maplecrest Rehabilitation Center in Madison is a nursing home. At least 19 are said to have been confirmed at the home last week.

Reports say the nursing home is about 100 miles southwest of the Big Moose Inn, Cabins and Campground, where the wedding reception was held on August 7, 2020.

A spokesperson for the Maine Center for Disease Control and Prevention previously told HuffPost that one of the wedding guests was in the same household as an employee of the nursing home.

The wedding, which saw attendance from more than 60 guests who did not wear masks or socially distance, is now linked to 176 COVID-19 cases in Maine, including an outbreak in York County Jail, which is over 220 miles southwest of Big Moose Inn, report say.

According to reports, one of the wedding guests worked at the jail.