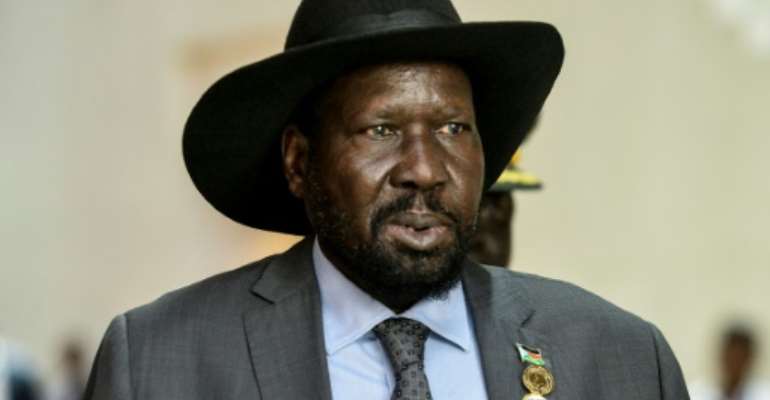 South Sudan's president, Salva Kiir, has fired the finance minister, the head of the tax authority as well as the director of state-owned petrol company, state radio announced Thursday.

No reason was given for the move, but it came after plummeting oil revenues saw the country run out of foreign exchange reserves last month, leading to rapid depreciation of the South Sudanese pound.

The South Sudan Broadcasting Corporation read out an executive order which announced Kiir had decided to "relieve" Salvatore Garang Mabiordit of his role "as the minister of finance and planning in the revitalized transitional government of national unity."

Also sacked were the head of the Revenue Authority, and the director of the Nile Petroleum Corporation (NilePet).

South Sudan is emerging from a six-year civil war that left 380,000 dead and shattered its economy, which is almost entirely dependent on oil.

Since the signing of a peace deal in September 2018 production has risen back up to 180,000 barrels per day.

However, plummeting oil prices have caused overall revenue to drop.

Garang told a parliamentary committee last week that the drop in oil revenues was to blame for civil servants not being paid since April -- a common occurrence in the country.

According to the private station Eye Radio, he also blamed the country's economic woes on mismanagement of non-oil revenues.

"There are a lot of taxes which are not coming to finance. We could afford to pay the salaries if the taxes were put in the treasury," the station reported Garang as saying.

The United Nations and other observers have accused South Sudan's leaders of using Nilepet to fund the conflict and military activities, as well as funnel oil revenues straight to government elites.

In the past two weeks the South Sudanese Pound has plummeted 37 percent against the US dollar in the black market, hitting citizens hard as prices rise.

The most recent report from the UN humanitarian office OCHA said that 7.5 million people across South Sudan need humanitarian aid, of which 6.5 million are going hungry.

Floods which affected 500,000 people in August, armed clashes between communities and a desert locust invasion have also worsened the situation, said OCHA.