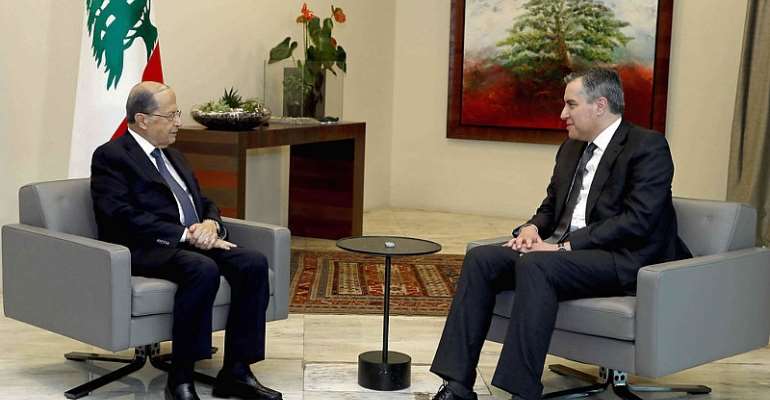 Talks to form a new government in Lebanon have broken down despite a Tuesday deadline agreed with French President Emmanuel Macron. Lebanese politician Fouad Makhzoumi has accused the ruling elite of reverting to their sectarian habits.

French efforts to set Lebanon on a new course after decades of looked in jeopardy on Tuesday as the country's leaders failed to deliver on a promise to form a new government.

Talks have hit a snag over who should run the all-important finance ministry, which would play a central role in salvaging the economy after last month's massive port blast.

The French 15-September deadline was always going to be tricky given that it usually takes months to form a government. Lebanese independent MP Fouad Makhzoumi says a lack of willpower has slowed talks down.

“President Macron came with a very clear idea that 'I would like to help you,'” he said, referring to the French leader's two official visits to Lebanon in less than a month.

“Unfortunately, the Lebanese people have learnt how to play the masquerade party. They smiled, they agreed, they did everything. But then all of a sudden, we see they're back to their old routine,” he told RFI.

Old habits
Thanks to Lebanon's confessional system, the country remains dependent on a handful of sectarian leaders who divide and share spoils among themselves.

“But let's not kid ourselves. Every prime minister, general or judge since 2005 has been appointed by Hezbollah. They run the government.”

Lebanon's designated prime minister Mustafa Adib, appointed ahead of Macron's second visit at the end of August, is reportedly seeking a rotation of leadership in key ministries to implement crucial reforms demanded by France. But a shakeup could threaten the parties' hold over them.

“They have no intention of eliminating the sectarian divide. Without that system, whereby the Shiites hate the Sunnis, the Sunnis hate the Druze and so forth, they cannot win.”

End of the line
That system today has reached its limits, he believes.

“It was fine when we didn't know we were bankrupt. Because like everywhere else in the world politics came second.

Since last October, the Lebanese people have taken to the streets of Beirut demanding an end to government corruption, rekindled by the 4 August port blast that was blamed on government negligence.

“We need an international investigation for what happened at the port. I don't trust the judicial system. Once we do that, there will be a lot of big names that are going to be exposed and they will have to be put on trial,” says Makhzoumi.

Makhzoumi says sanctions are the only way to “scare the hell out of” Lebanon's ruling class to make them realise that the international community no longer has time for games.

Fight against corruption
Macron, who has been the highest-profile foreign advocate of a recovery programme for Beirut has made international aid conditional on reform.

“I think President Macron is genuinely trying to help,” comments Makhzoumi amid criticism that France is trying to reconquer its former protectorate.

“Historically, we have a good relationship with France. Unfortunately, the politicians that France was used to dealing with were all crooks.”

“The agreement with Mr Fillon was a consultancy agreement. It was recorded in our books. Whether he reports it or not it is not my business to decide," retorts the businessman.

"This was done in Europe, in France and it was public. There was nothing called a payment because it was a contract,” he insists, eager to keep the focus squarely on corruption in Lebanon.

US-France coordination
He has urged Macron to work with the US to put pressure on Lebanon's political class to form a cabinet quickly.

“I think the Americans and the French have to work hand in hand.”

Currently the two allies differ in their approach to Hezbollah, which Washington sees as a terrorist group but which Paris maintains should play a role in the country's future, or in its elected institutions at least.

“I think with the pressure the Americans can put on the region and on Lebanon and the diplomacy of France, I think we might have a good chance of moving towards a better Lebanon,” Makhzoumi said.