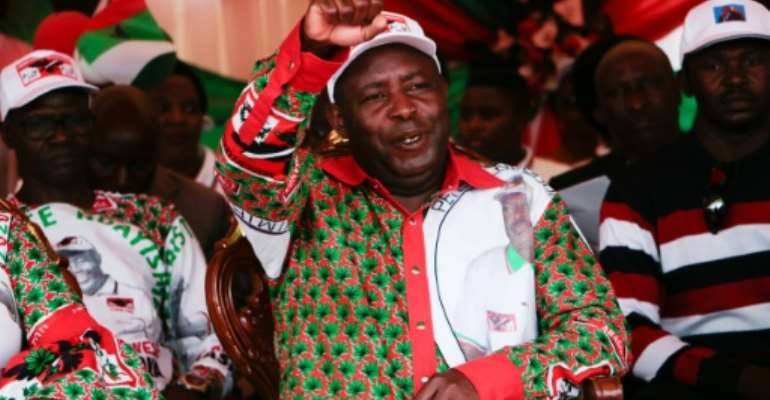 UN investigators warned Thursday that the rights situation in Burundi had not improved with the new government, saying that violations remained rampant in the crisis-wracked country.

A new report from the UN Commission of Inquiry on Burundi indicated that hopes raised after the end of the late Pierre Nkurunziza's 15-year presidency in the country had been dashed, with abuses continuing since President Evariste Ndayishimiye took office in June.

"The democratic space remains very narrow, impunity persists, and there is no indication that the level of human rights violations has abated under the new government," he said.

On the contrary, he pointed out that a number of people who were subjected to international sanctions for their alleged responsibility for human rights violations in 2015 "have actually been appointed to senior positions in the Ndayishimiye administration."

Burundi has been in crisis since 2015, when Nkurunziza ran for a third term and was re-elected in a vote boycotted by most of the opposition.

He remained in power until elections in May this year handed the presidency to his handpicked successor Ndayishimiye.

At least 1,200 people were killed and more than 400,000 displaced in violence between April 2015 and May 2017 the UN says was mostly carried out by state security forces.

The UN investigators previously said that the period since 2015 has been marked by likely crimes against humanity committed by state forces, including extrajudicial executions and torture.

In Thursday's report, which covers the period since May 2019, the commission said it "still has reasonable grounds to believe that crimes against humanity... have been committed in Burundi."

"These crimes include murder, imprisonment or other severe forms of deprivation of physical liberty, torture, rape and other forms of sexual violence of comparable gravity and political persecution," it said.

The investigators particularly highlighted a wide range of serious abuses by local authorities and the ruling party's youth league, the Imbonerakure in the context of the 2020 elections.

Authorities had also worked to muzzle independent observers, including journalists, and imposed tight controls on ordinary people, it said.

This "shows that there was a strategy against the party", it said, adding that the incidents could be described as "systematic attacks deliberately targeting civilians."