No Pressure On Us To Suspend Teacher Licensure Exams – NTC 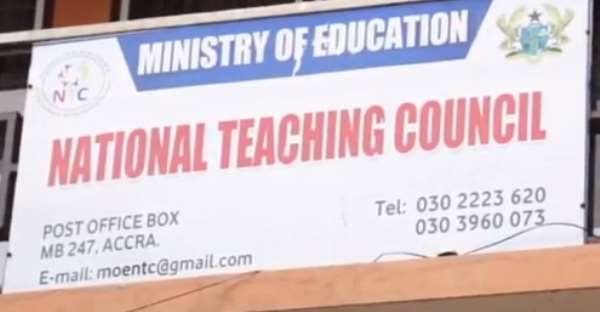 The National Teaching Council (NTC) has noted that there is no political pressure on it to suspend the teacher licensure examinations.

The Public Relations Officer (PRO) of the National Teaching Council, Dennis Osei-Owusu, in a Citi News interview on the matter, said the exam was postponed to 1st and 2nd October due to changes in the timetable of continuing students of the Colleges of Education.

He adds that the NTC, as an entity, is fully committed to delivering on its mandate to the fullest and that there is no political pressure on them from the government to cancel the exams.

“There was a lot stakeholder consultation where we agreed that teachers yet to join the teaching service will write exams, so they join the mainstream teachers when they are recruited, and so we don’t have any idea in suspending the exams and there is no pressure on us to suspend it. In our books, we don’t have anything on our books.”

“Now teachers are now going to enjoy professional allowance as a result of NTC professionalizing teaching in Ghana and, apart from that, the main thing we are looking at is that global recognition in Ghana. Now we liaise with international teacher organizations, So the only thing you do is just key in the PIN of the teacher on that platform and all the details of the teacher, who is already licensed, and all the details will pop up and that person will be given the opportunity to work anywhere in the world.”

He added that the NDC’s sources within NTC indicate that the licensure exams will be suspended.

“We also have our sources and our stakeholders within the NTC, but we can’t put out vivid names of our sources. So we still stand by our claims that it will be postponed. It is clear that the government has been unpopular and uncomfortable with this.”

John Mahama, at a town hall meeting in Kumasi on Tuesday, September 15, 2020, suggested that the Akufo-Addo government is implementing policies in the NDC's 2020 manifesto, including the cancellation of the teacher licensure exam.

“The NPP seems to be implementing some policies captured in our manifesto. Recently, they revealed that consultations have begun to review the law banning the activities of okada riders. Similarly, the teacher licensure exam has been suspended after we promised to cancel it in our manifesto.”

“In the same vein, owners of private schools are being engaged after we promised to extend the coverage of the free SHS policy to such schools in deprived areas without government's free SHS. Even though they accused us of not thinking through our promises, the NPP is implementing them”.