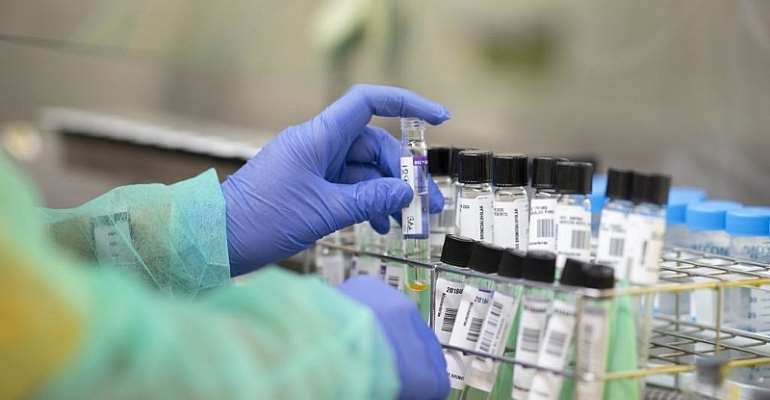 A scientific study published this week suggests “sophisticated laboratory modification” of the virus responsible for the Covid-19 pandemic. China has always insisted that the pathogen emerged naturally. But the publication of the report – in the US – coincides with increasingly hostile anti-China rhetoric from Washington.

On 15 September, the Twitter account of Dr. Yan Limeng was “suspended”, because, says a notice on a gray screen, “Twitter rules” had been “violated”. No other explanation was given. Her last tweet before shutdown was a link to a report that suggests that the Covid-19 virus was created in a Chinese laboratory.

One day earlier, Dr. Yan Limeng, who has been working as a post-doctoral fellow with Hong Kong University, (HKU) published a report with what she called “smoking gun” evidence that tries to give flesh to the theory that the Covid-19 virus did not spontaneously emerge in bats, but was, in fact, created by scientists in a laboratory.

The 26-page report, published by the Rule of Law Society & Rule of Law Foundation in New York, concludes that “evidence shows that SARS-CoV-2 should be a laboratory product created by using bat coronaviruses . . . as a template,” and claims that “creation of this coronavirus … can be accomplished in approximately six months'' and that “research laboratories, for example the Wuhan Institute of Virology, have successfully carried out … research where the spike protein of a coronavirus (which allows the virus to penetrate host cells and cause infection) was specially engineered.”

In April, Dr. Yan left mainland China and moved to the US, where, on 10 July, she first floated the theory in an interview with Fox News. The the next day, HKU, while admitting that it “respects freedom of expression,” noted that “the content of the said news report does not accord with the key facts as we understand them,” and that since Dr. Yan “never conducted any research on human-to-human transmission of the novel coronavirus at HKU during December 2019 and January 2020,” her statements have “no scientific basis but resemble hearsay”.

It is not the first time this theory has come up: on 6 February, just after Covid-19 had developed into a global phenomenon, Chinese researchers Xiao Botao and Lei Xiao, from the South China University of Technology, published a paper saying that “the killer virus probably originated from a laboratory in Wuhan”.

That paper was quickly retracted, and the researchers wrote a letter to the Wall Street Journal saying that the conclusions were premature. The paper disappeared from the internet, and is only accessible through the Internet Archive.

The claims kept on coming. In April, French doctor Luc Montagnier, who received the 2008 Nobel Prize for Physiology for his discovery of the HIV-Aids virus, confirmed in a podcast with medical website Pourquoi Docteur, that the Covid-19 virus was indeed a laboratory construct based on the structure of the HIV virus. His comments may have been inspired by work by Indian researcher Prashant Pradhan and nine of his colleagues at the Kusuma School of Biological Sciences in New Delhi. In a paper published in February, they indicated the “uncanny similarity” between elements found in the Covid-19 and HIV viruses, saying the parallels were “unlikely to be fortuitous” and  certainly warranted further investigation.

But the Indian report was attacked and discredited by Chinese researchers and later withdrawn, while the remarks by Montagnier were severely criticised by France's scientific community.

China's health ministry meanwhile, aggressively pushed the theory that the virus originated in the wetmarket in Wuhan, showing as evidence the possibly most cited scientific work on Covid-19's origins “The Proximal Origin of SARS-Cov-2” co-authored by Professor Kristian Andersen, an immunologist with Scripps Research, that also states its research “clearly shows that SARS-CoV-2 is not a laboratory construct or a purposefully manipulated virus”.

The bat-origin theory is plausible. A Chinese database dedicated solely to viruses related to bats contains links to studies of some 12,000 different cases worldwide, including samples from France, Latin America and Russia. However, some 4,699 samples consisted of coronaviruses, the majority of which were found in China.

But the lab-theory persisted. A 272-page book published in August, and titled Cina COVID 19. La Chimera che ha cambiato il Mondo (China COVID 19. The chimera that changed the world) by Guiseppe Tritto, president of the Paris-based World Academy of Biomedical Sciences and Technologies says his research proves that China's virologists, in close cooperation with China's People's Liberation Army, successfully developed Covid-19 in the Wuhan lab, with, he says, the help of “French and US scientists”. However, the WABT website does not function, and there are no clear links to verify the claim.

Similar allegations, made by Alina Chan, a molecular biologist who works with the Broad Institute in Cambridge, Massachusetts, have had their moment in the media spotlight.

But the increased attention being paid to deep-digging reports – bona fide or otherwise – do play into US President Donald Trump's anti China-rhetoric, which is part of his campaign to be re-elected as US leader on 3 November. It may not be a coincidence that Dr. Yan Limeng's report – which has still to be submitted to peer review – was published by an outlet called the “Rule of Law Society,” run jointly by Chinese millionaire-in-exile and Beijing critic Guo Wengui, and former Trump Chief Strategist Steve Bannon, who admit they “both naturally despise the Chinese Communist Party”.

Looking beyond political motives and conspiracy theories, an international team of scientists has said it will “systematically examine every theory” about the origins of the virus. In a statement, published on September 14, the Lancet Covid-19 Commission, established in July, promised that its first priority will be to “track down the origins of the virus in an open, scientific, and unbiased way, not influenced by geopolitical agendas''.

Admitting that “the evidence to date supports the view that SARS-CoV-2 is a naturally occurring virus rather than the result of laboratory creation,'' the commission says that “the possibility of laboratory involvement in the origins of the pandemic should be examined with scientific rigour and thoroughness''.