'All' armed groups commit to ceasefire in DRC's South Kivu 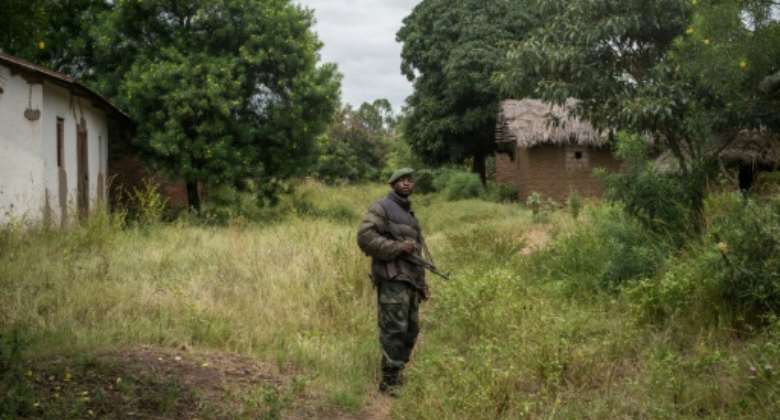 Since the start of the year, 139 violent deaths have been recorded in DRC's South Kivu at the hands of militias or the army. By FEDERICO SCOPPA (AFP/File)

Around 70 armed groups have agreed to a "cessation of hostilities" in DR Congo's South Kivu province, a flashpoint in the country's troubled east, civilian representatives of the militias said Wednesday.

"All the armed groups of South Kivu agree to a cessation of hostilities and to instruct their respective members," read a statement issued after a meeting in Murhesa near the provincial capital Bukavu.

The three-day meeting, attended by the DR Congo's deputy defence minister Sylvain Mutombo, was co-organised by US conflict-resolution group Search for Common Ground.

A similar meeting was held last December at the same venue, when 32 local armed groups agreed to cease hostilities from December 23.

Since the start of the year, 139 violent deaths have been recorded in the province at the hands of militias or the army, according to the monitoring group Kivu Security Tracker (KST).

Around 20 civilians were massacred in the village of Kipupu in July, KST said.

Some 18 months after President Felix Tshisekedi took office on pledges of bringing peace to the volatile region, the goal remains elusive.

Over eight months, around 1,300 people were killed in the provinces of Ituri, North Kivu and South Kivu, according to a UN estimate in June.

More than half a million people have been displaced.

The region has been overrun by armed groups for nearly three decades.

Violence in South Kivu province is often between Rwandan-speaking Tutsi Congolese, known as the Banyamulenge, and other local ethnic groups, the Babembe, Bafuliro and Banyindu.