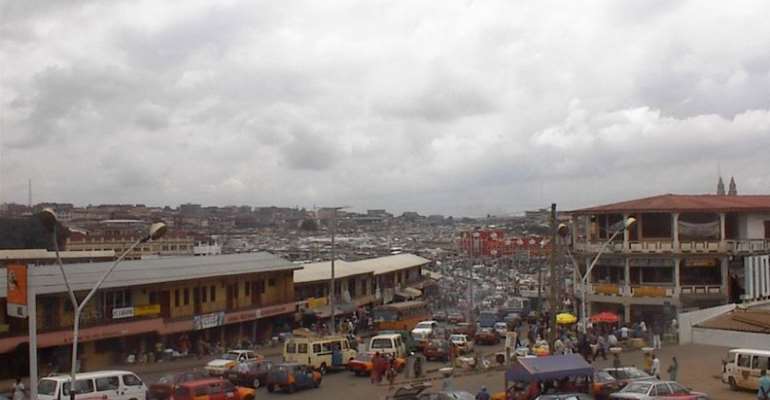 Tragedy has struck residence of the Race Course area, near Batama, in Kumasi, on Wednesday, 27th September, 2006, throwing the whole mass of the people into mourning, confusion, disbelief and anger. That morning, a young man had been contracted to do construction work at the toilet at the Race Course. The man decided to say hello to his family relative before proceeding to executive the task.

The two-year-old daughter of the relative decided to accompany her uncle to while away the time as the uncle worked away. Indeed, at the site, the young man got down to serious work.

Meanwhile, the little girl started loitering around, enjoying herself. Then she entered the toilet without anyone noticing. It was her screams that caught the attention of neighbours.

In a matter of minutes, she had been over-powered by a heavy waster-matter in the pit.The young man, in his anxiety, took to his heels to inform his relative, and as ill-luck would have it, he was knocked down by a car, while on his way, and got seriously hurt. He was rushed to “GEE”, the Okomfo Anokye Teaching Hospital, in Kumasi in critical condition.

A witness to the two tragedies rushed to the woman to inform her of the misfortune of her drowned child in the Race Course toilet, and the accident her brother had had while trying to relay her daughter's misfortune to her. She, too, collapsed and went into coma. She is currently on admission at the “GEE”.

As at the time of filing this report, futile efforts had been made by waste management vehicles to evacuate the waste-matter in the pit in order to extract the little child. A little over two weeks ago, a seven-year-old girl suffered the same fate at Ash Town in Kumasi.

Question is, who is to blame for this three-tier misfortune? Is it the woman, the young man, the little child, overseers at the Race Course toilet or the KMA? Somebody must be blamed, surely!.