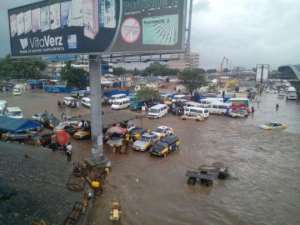 Eco-Conscious Citizens are supporting a campaign led by Eco-Warriors Movement to highlight the dangers of climate change. The 7 day campaign, which started on 15th September 2020, aims to remind us all that climate change is real and that we need to take robust action now.

Wangari Maathai, the first African lady to win the Nobel Peace Prize said: “It's the little thing citizens do. That's what will make the difference. My little thing is planting trees.” We are encouraging Ghanaians to do their little thing to combat climate change.

In the words of former Secretary-General to the UN Kofi Annan: “The world is reaching the tipping point beyond which climate change may become irreversible. If this happens, we risk denying present and future generations the right to a healthy and sustainable planet – the whole of humanity stands to lose.

“On the other hand, climate change is an unprecedented opportunity for governments, investors, firms and citizens to work together to develop and deploy low-carbon technologies, which can sustain growth within our planetary boundaries. Shifting towards low-carbon energy systems can avert climate catastrophe while creating new opportunities for investment, growth and employment.”

It is worrying that at this crucial time when according to Kofi Annan we are close to the tipping point, the Ministry of Local Government is appropriating a green space belonging to Parks and Gardens Department in Accra, to build a multi-storey office block, and steps are being taken to re-zone the area from Green Civic to Exclusively Civic.

This is astonishing, as Parks and Gardens is mandated to combat the effects of global warming by promoting a national tree planting campaign involving all stakeholders. It is difficult to see how Parks and Gardens will have the moral authority to promote a national trees planting campaign, when trees are being felled on its grounds in order to construct a multi-storey office block.

Parks and Gardens Department was established in 1961 by the enactment of the Local Government Act 54, and it became the Ministry of Parks and Gardens in 1965 under Cabinet Minister Nee Ocansey.

The Department's Mandate is to:

+ Acquire lands to establish public parks and promote ecotourism to generate revenue for Assemblies and jobs for the youth.

+ Pursue actions to combat the effects of global warming by promoting a national tree planting campaign involving all stakeholders.

+ Collaborate with the Botany Department of the University of Ghana and other stakeholders to document the country’s flora, to develop and maintain a national information facility for sharing digital biodiversity data,

+ Initiate programmes to identify threatened economic and ornamental plants for multiplication and conservation. In addition, the department will promote public education on their conservation and importance of plants for human survival.

+ Concentrate on the conservation of threatened plants and restoration of plants diversity as well as communicating its importance under the Global strategy for plants conservation programme.

Eco-Conscious Citizens are yet to receive a reply to their letter to the La DadeKotopon Municipal Authority asking whether stakeholders were consulted, in accordance with best practice, before the Ministry of Local Government was granted permission to build the office complex, and before steps were taken to begin the process of re-zoning Parks and Gardens area from Green Civic to Exclusively Civic. Exclusively Civic means there will be no obligation to have trees or greenery on Parks and Gardens land!

Ghana must take urgent steps to protect its environment from environmental vandalism in order to maintain a peaceful environment.

It is worth noting that in accepting the Nobel Peace Prize Wangari Maathai said: “I believe the Nobel committee was sending a message that protecting and restoring the environment contributes to peace; it is peace work... I always felt that our work was not simply about planting trees. It was about inspiring people to take charge of their environment, the system that governed them, their lives, and their future.”

Let's say NO to the appropriation of Parks and Gardens land and destruction of greenery needed to combat climate change.

Interestingly, on 16th September 2020 was the high level launch of the Global Center Adaptation GCA Africa. The launch event was to be followed by a Partnership Forum – an open dialogue with senior stakeholders on how GCA Africa can support their efforts to accelerate climate adaptation.

It is clear that felling trees and building an office complex on Parks and Gardens land acquired for greenery is not the way forward.

As Kofi Annan said: “Climate change is an all encompassing threat: a threat to health, a threat to water, a threat to our food supplies – we cannot just sit back. I’m counting on all of you to act.”