A keen eye on facts saved this biodiverse wetland for now: threats to be aware of 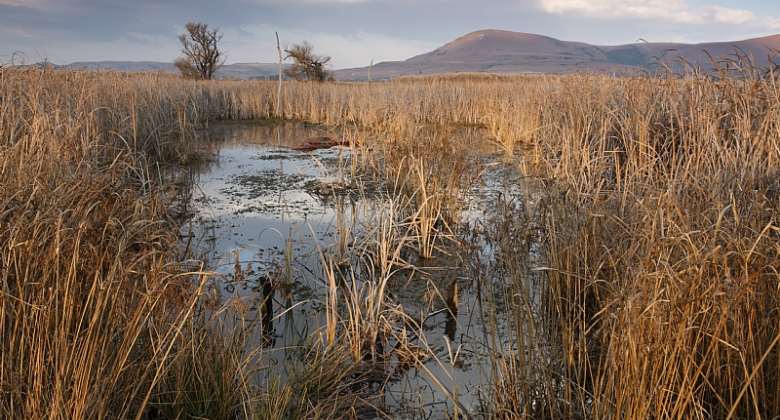 Something interesting just happened in Wakkerstroom, a small town in Mpumalanga province, South Africa. The Wakkerstroom Natural Heritage Association won its court case to prevent water from being diverted from an important wetland. The association, a non-governmental organisation charged with managing the Important Bird Area of Wakkerstroom wetland , brought the case against the local municipality, the provincial and national environmental authorities, and the contractors who were building a water pipeline from upstream of the wetland to the nearby town of Volksrust.

Such victories, by a small NGO against the state, are rare.

The case is worth examining, not so much for its outcome but for the underlying causes of the dispute. These hint at the skirmishes that might characterise water resource management in South Africa and elsewhere in the 21st century. Understanding the causes of the dispute could also help avoid expensive litigation in future.

The water resources of South Africa are already fully allocated . Any new use requires a decrease in another use. As water resources become scarcer due to a combination of increasing demand and falling supply, driven by climate change, this potentially acrimonious conflict intensifies.

The Wakkerstroom case arose when the Municipality of Pixley ka Isaka Seme, which includes the town of Volksrust and its ward of Wakkerstroom, 30km away, commissioned an engineering company to build a pipeline to carry water from Martins Dam. This is a small dam on the river that supplies water to the town of Wakkerstroom.

The Wakkerstroom Natural Heritage Association has formal responsibility for protecting the wetland. As soon as it heard of the plan, it pointed out to the municipality that depriving the wetland of water would damage it. The municipality fobbed them off and ignored subsequent enquiries by the association under the Promotion of Access to Information Act .

In our view, there were three underlying reasons why the municipality made the poor decision to build the pipeline. One was faulty data. Second was the system of financial rules municipalities have to follow. The third was not performing the legally required assessments before commencing the project. These same weaknesses apply to projects in many other places.

A “ reconnaissance survey ”, in other words an approximate desktop study, of the water resources and needs of all the towns in eastern Mpumalanga was published in 2011. It warned that specific projects would need to be based on more detailed information. A Malachite Kingfisher captured at the Wakkerstroom Wetland Reserve. flickr/ Bernard Dupont

But simulated data can be wrong and don't show any long-term increases or decreases in flow that may result from climate change or any other factor.

What the Slang river revealed

As it happens, the Slang river, into which the Wakkerstroom flows, has a remarkably good 70-year-long daily flow record . The measurements are almost 96% complete, and are in the public domain, on the Department of Water and Sanitation website.

A few weeks of work by Neha Koovergee, an honours student at the University of the Witwatersrand, patched the gaps and revealed a shocking fact. The runoff in the river declined by over 60% since 1949, and is less than half the lowest amount assumed by the hydrological studies.

Her further analysis, which is yet to be published, attributed the decline to declining rainfall and rising evaporation, caused by human-induced climate change.

Calculations using the actual record found the reliable water supply at Martins Dam to be 0.5 million cubic metres per year – of which 0.38 is already committed for use in Wakkerstroom. How much water is currently extracted from the dam for use in Wakkerstroom is unknown, although the licence holder is supposed to report usage. Exporting water to Volksrust would leave the town and wetland without adequate supply.

The second underlying cause of the problem was that the local municipality was in financial difficulties . As a result, the municipality is in debt to its bulk water supplier, which ironically draws water from the Zaaihoek dam just a few kilometres downstream of the Wakkerstroom wetland. Because the Zaaihoek scheme pumps water, via Volksrust, to the Majuba Power station in the Vaal river catchment, the Vaal river system water tariffs apply (R2.22 per cubic metre, which is about 0.12 US dollars).

But by getting national treasury to pay for a second, unnecessary pipeline, the apparent cost to the municipality was just the price of running the pumps. However, the true cost was much higher, in excess of R20 per cubic metre, about 1.22 US dollars. The municipality, guided by their consulting engineers, nevertheless concluded that this was the best economic option.

Paying lip-service to the rules

The third problem was the gap between legislation and compliance. The authorities responsible for administration of the municipal infrastructure grant noted that all the boxes relating to the required hydrological and environmental studies had been ticked. But they didn't interrogate the underlying reports. As a result, the legally required water use licence was not obtained. Nor were environmental impact studies completed before construction began.

South Africa has a Water Act that is the envy of the world. It requires certain studies and processes before a water use licence can be issued, to protect the resource from overuse. These licences, supposedly in the public domain, are in practice almost impossible for concerned stakeholders to see, which opens the door to corruption.

The Natural Environmental Management Act is similarly excellent. It lists activities that should automatically trigger an assessment. But in the Wakkerstroom case, the consultants raised no red flags. Nor did provincial or national environmental authorities. The reason was simply that the designed pipeline diameter was one centimetre less than the diameter that would trigger an assessment.

The case was never about the water needs of the people of Volksrust versus those of Wakkerstroom. Nor was it about water for wetlands versus water for people. These needs can all be satisfied by making rational decisions, based on accurate data and adhering to the law.

The judgement was a small victory, but it does raise the question: what happens in thousands of similar cases where an informed and committed citizenry is not present to ensure a sensible outcome?

By Mary Scholes, Professor and holder of a Research Chair in Applied Systems Analysis, University of the Witwatersrand And

More from Article
ModernGhana Links
Spotlight On Ghana – Cuba Bilateral Relations
Nigeria at 62: five essential reads on why there isn't an inspiring story to tell
Nigeria's Independence Day is a time to reflect on political gains and challenges – and a way forward
TOP STORIES