Why is Germany faring better than France in the Covid-19 epidemic? 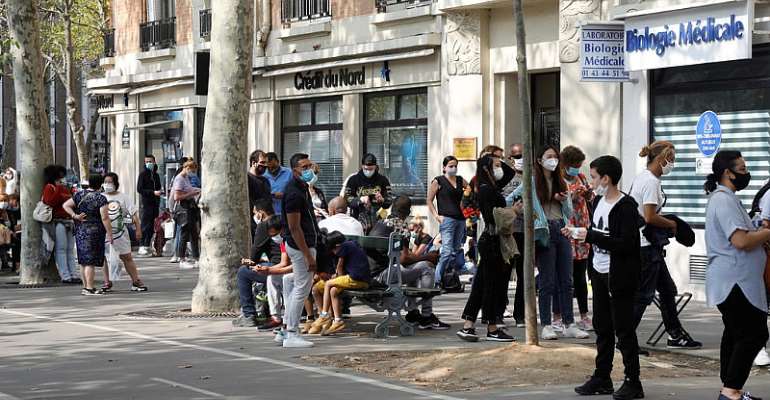 France is witnessing one of Europe's highest rates of Covid-19 infection despite adopting similar principles of testing, tracking and isolation as its neighbour Germany, which has fared better since the start. Observers point to differences in responsiveness and communication strategies between the two countries.

The difference is striking: after carrying out just over one million tests each during the week of 31 August, France reported 42,673 new Covid-19 cases, more than five times the 7,754 reported in Germany.

While mortality and morbidity in both countries are far below the levels of late winter and early spring, France recorded more than four times the deaths and had more than 21 times the number of patients in hospital.

“Clusters started appearing everywhere in Europe in August, and today, with a massive policy of tracing across the continent, we are seeing a sharp increase in the spread of the virus in France, Spain and some other countries, but not in Germany,” observes epidemiologist Antoine Flahault, director of the Institute of Global Health of the University of Geneva.

His team's analyses of trends in different countries suggest France, along with Spain and Britain, is showing warning signs at a time the World Health Organization is predicting a resurging epidemic in Europe in the autumn.

“If mortality remains low today, there are worrying signs in hospitals in southern France and around Madrid in Spain about the next stages of the pandemic, especially with the arrival of the cold season,” Flahault says.

Different responsiveness during first wave
Other countries faring well for now include Greece and Italy, but the contrast between France and Germany has been evident since Covid-19 appeared in Europe.

By imposing strict home confinement in March, “France did the right thing and reaped the benefits, even if other countries like Germany, Austria and to a lesser extent Switzerland were a lot more successful in limiting mortality,” Flahault says.

“There are many reasons. One of the likeliest is the speed at which the Germans implemented an early, rapid and effective system of testing, tracking and isolating. France was much slower in those areas.”

Bernard Jomier, a French doctor, senator and member of a parliamentary inquiry into the government's handling of the epidemic, said as much this week.

“On 10 January, the Chinese shared the information on the virus to the global scientific community,” Jomier told French newspaper Le Monde.

“The Pasteur Institute [a top French research institute] received it, prepared the test and sent it to the national laboratories. Then, nothing. At the same time, the Germans were manufacturing tests on a massive scale.”

France better prepared this season
Flahault believes France has learned enough lessons from its neighbour's handling of the first wave that it is better prepared to limit mortality in the case of a resurgence of serious cases.

“Compared with Germany, France did not do enough to protect people in care homes for the elderly,” Flahault says, adding France has also mobilised private laboratories to boost its testing capacity.

“Germany trusted its local laboratories for testing much more quickly,” Flahault says. “The French were more reluctant and late to trust the private sector but very much caught up in the summer, updating systems and skills.”

But with case numbers rising, medical experts are accusing the administration of French President Emmanuel Macron for not having a clear enough plan on how to manage the health crisis.

“There is no strategy for this season. We need clear limits and precise recommendations,” union president Jacques Battistoni said last week.

“We've made a lot of progress, but the problems of the first wave are still there,” Jomier said, underlining communication as a major fault arising from the parliamentary inquiry's inteviews with frontline health workers.

“They had the feeling of being left to their own devices during the first wave of the epidemic and not understanding how the crises was being managed,” Jomier told Le Monde.

“They told us frankly about shortages of masks, tests, everything. And it was unbearable for them to hear cabinet ministers and civil servants affirm the contrary.”

Political versus individual responsibility
In terms of strategy, one key difference between France and its neighbour is the extent to which they separate the roles of public officials and health specialists.

“It seems to me that the political and scientific roles are more clearly separated in Germany,” Flahault says. “Scientists have control over communication on matters of scientific expertise, without politicians playing the role of scientists and scientists taking positions on policy measures.”

As long as the distinction is unclear, French government calls for individual responsibility risk complicating the messaging.

“I think it's up to scientists and not politicians to explain what's expected when it comes to individual responsibility,” Flahault says. “There's a political side and a technical, scientific side, and I think Germany [is] better at managing this distinction of roles than France.”

I lied that you contracted covid-19, you didn’t also chop co...
52 minutes ago