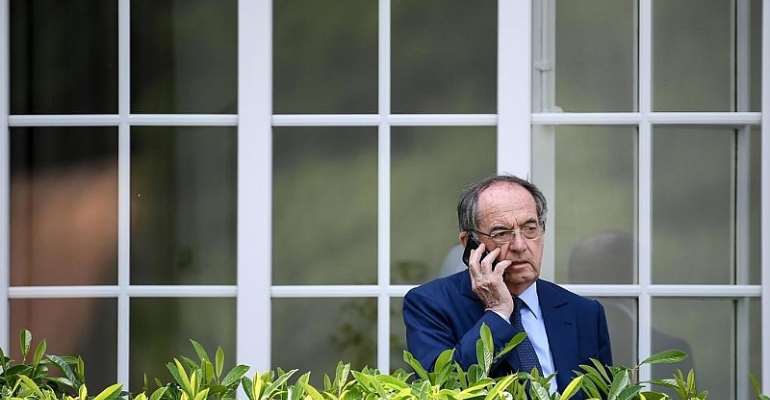 French football chief Noël Le Graët has waded into the Neymar racism row claiming that there is little or no bigotry in football.

The president of the French Football Federation made his comments on the eve of a disciplinary hearing into the red cards dished out to Neymar and four other players at the climax of the high-voltage Ligue 1 clash at the Parc des Princes between last year's champions Paris Saint-Germain and runners-up Marseille.

Before the flurry of dismissals, referee Jerome Brisard cautioned 10 players. In second-half stoppage time, Neymar was dispatched for slapping the back of the head of the Marseille defender Alvaro Gonzalez.

Few incidents
Le Graët told the French TV programme BFM Business: “On the whole we have less than 1% difficulty. There have been some, but you know, when a black player scores a goal, the whole stadium is standing. The racist phenomenon in sport, and in football in particular, does not exist, or very little.”

Gonzalez has denied Neymar's claims and Marseille issued a statement on Monday night backing their man to the hilt as well as complaining about the death threats received by their player.

Florian Thauvin scored the only goal of the game to maintain Marseille's 100 per cent start to the season and condemn PSG to their second defeat of the campaign - their worst opening sequence of results since the 1984/85 season.

Both sides are in midweek action. On Thursday, Marseille entertain Saint-Etienne - the only other Ligue 1 team with a perfect record - while on Wednesday, PSG host Metz.

Punishments
By kick-off time at the Parc des Princes, PSG and Marseille should know the results of the disciplinary hearing into the red cards.

The panel could also decide whether to investigate the allegations of racism as well as an accusation that PSG's Angel Di Maria - who had just returned to action after testing positive for coronavirus - spat at Gonzalez.

Neymar faces up to a seven game ban for his actions. Teammate Layvin Kurzawa is in line for a similar suspension for punching out at Marseille's Jordan Amavi who was also dismissed for retaliation.

If allegations of racism are proven, Gonzalez could be banned for up to 10 games while Di Maria could be sidelined for six matches if it is deemed there was menace to his behaviour.

PSG's Leandro Paredes and Marseille's Dario Benedetto also got their marching orders after receiving their second yellow cards of the encounter.

Rather than the usual one-game ban, their sanctions could be increased because of their involvement in the scuffles.

Le Graët added: “The way the match finished is to be regretted. Here was a game that the whole of France was looking forward to but the players didn't know how to keep their calm nor give us the spectacle we had hoped for.”