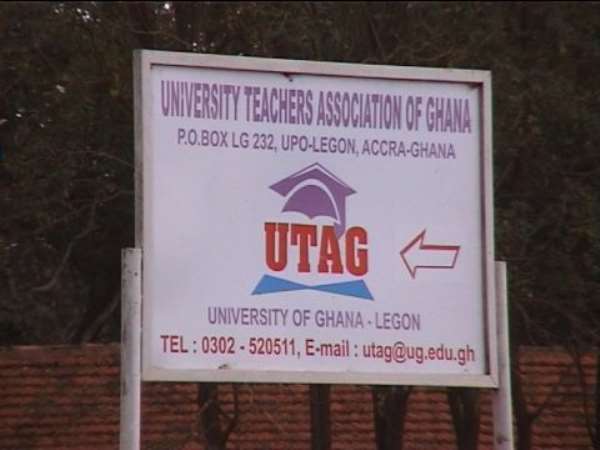 The University of Ghana chapter of the University Teachers Association of Ghana (UTAG) is demanding the immediate withdrawal of the Public University Bill, 2020 (PUB).

According to UG UTAG, the PUB is dangerous, retrogressive, needless and violates the 1992 constitution.

The University of Ghana chapter of the association also insisted that the Bill, if passed into law, will create more problems for public universities.

Speaking at a press conference on Wednesday, September 16, 2020, a lecturer at the African Studies Department of the University of Ghana, Prof. Akosua Adomako said instead of forcing the Bill on public universities, the government should rather channel its energies towards enforcing the already existing laws to ensure that universities operate smoothly.

“The PUB is yet another instance of the government introducing a new law, rather than ensuring that existing laws work as they should. The Bill will do more harm than good.”

The Director of Policy and Advocacy at the Centre for Democratic Development (CDD-Ghana) Dr. Kojo Asante at the same conference expressed shock that the government had failed to withdraw the Bill despite the backlash from the public.

He said the arguments made for the passage of the Bill are unfounded.

“There is an implicit suggestion that more accountability will be achieved with politically appointed council members. This suggestion is flawed because political appointment in itself does not guarantee accountability. Control by the Executive will be counterproductive to academic freedom projected in Article 21 of the 1992 constitution. ”

Meanwhile, the National Executive Committee of UTAG has distanced itself from the press conference organised by the University of Ghana chapter of UTAG.

The National Secretary of UTAG, Eric K. K. Abavare said the chapter will be sanctioned for holding a press conference without the knowledge of NEC.

“We all agree that the Public Universities Bill is not the one we want therefore as a body we are taking steps in engaging the government. The University of Ghana seems to be going contrary to what the NEC decided. They will be sanctioned for that and that will be decided by the NEC.”

The Bill, when passed, will give the government power to appoint the majority of members of the University Council, control the finances of the university and determine the allocation of funds.

The Bill also gives the President the power to dissolve the University Council.