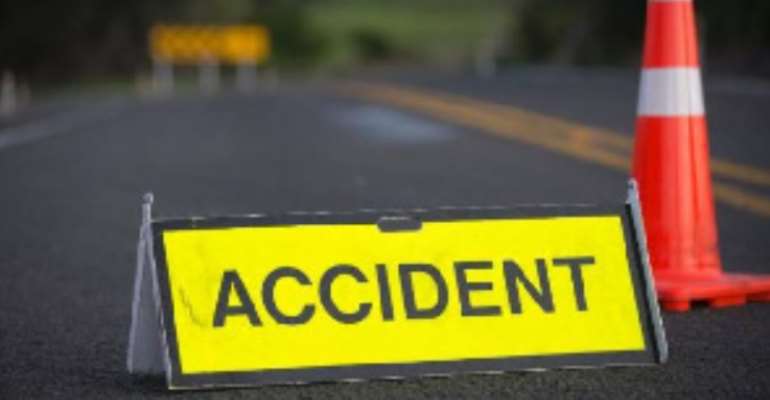 Five passengers have been killed instantly while seven others sustained various degrees of injury when two vehicles crashed head-on at Gomoa Adam on the Cape Coast road.

According to an eyewitness, the Ford Transit Commercial car while trying to overtake a truck rammed into the Toyota Hiace vehicle.

“We were returning to Cape Coast from Kasoa. Before we realised, we saw a Ford car trying to overtake a truck directly behind us. It collided with our vehicle. Our car then somersaulted and turned towards the Kasoa road,” he said.

The Apam District Fire Commander, DO1 Adolf Ankomah Nuamah appealed to road users to be circumspect on the road.

“We received a call between 6 and 7 pm informing us about an crash around Gomoa Adam and Gomoa Kyerenkwanta. It was horrible. It was a head-on collision. It happened between a Ford transit and Toyota Hiace. Those in the Toyota Hiace were trapped. So we had to rescue them and hand them over to the ambulance. Unfortunately, those in the Ford transit lost their lives. We then handed over the bodies to the ambulance. According to eyewitnesses, the crashed happened as a result of overtaking. We want road users to be cautious on the road.”

Medical Superintendent at the St. Luke Catholic Hospital in Apam, Dr. Paul Achah where the victims were sent, said the hospital is trying to refer some patients to other hospitals due to lack of space.

“14 people were involved, 5 passed and 7 had serious injuries. The drivers are well. We are trying to get spaces in other health facilities so we can refer them. Seven are currently stable. The five who were brought in dead have been sent to the morgue.”

He also added his voice to the list of individuals who are calling for the dualization of the Accra – Cape Coast stretch to reduce the carnage.

“If the government will make these roads dual carriage it will help. The accident cases we receive would not have happened if the roads were dualised.”