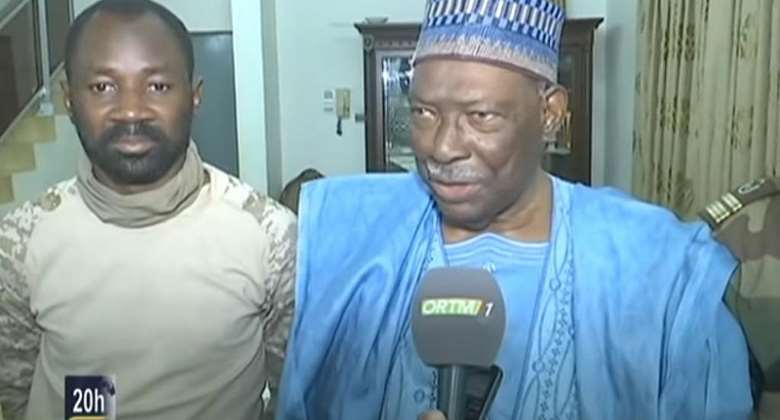 Moussa Traore, the soldier who led Mali in a coup d'etat to rule the country with an iron fist until he was ousted an another coup in 1991, died at home in Bamako, the capital, on Tuesday, according to his family.

Traore overthrew the 'father of Malian independence', Modibo Keita, Mali's first post-independence president, in 1968 and ruled for 22 years, where his attempts to suppress the opposition were renowned.

In the 1980s, he cracked down on student protests. Student leader Abdoul Karim Camara died on 17 March 1980, allegedly after being tortured. His death is remembered every year in the square that bears his name in the capital.

Others ended up working until the end of their lives in the Taoudeni salt mines, some 900 kilometres north of Timbuktu.

Although accused of embezzling aid money as well as making dissidents disappear, he was known for his diplomacy in the international arena.

He headed the Organization of African Unity (now known as the African Union) and was key in the 1989 Senegal-Mauritania crisis and the Chadian-Libyan conflict. He also played a role in Liberia's first civil war.

Although he signed a peace agreement with Malian Tuareg armed rebel groups after making significant concessions, the tides were turning in Mali.

In 1991, soldiers who were told to suppress an anti-democracy demonstration turned against him and eventually overthrew him, leaving a bloody wake of 200 dead and 1,000 wounded.

After the coup
Sentenced to death twice for political crimes and economic crimes, his sentence was commuted to life in prison, and he was pardoned in 2002 by former Malian President Alpha Oumar Konaré.

"When you embark on a military career, you prepare yourself for the idea of not dying in your bed," he said upon hearing his first verdict in 1993.

A resident of Bamako, Traore became post-pardon, a sage who other politicians would confer with. Not all saw him that way, however.

“For me, the death of Moussa Traoré is a non-event,” Djiguiba Kéita member of the Party ofr National Renaissance (PARENA) told RFI.

“Condemned to death twice, he never had the humility to apologize to the Malian people, martyred for their 23 years of dictatorship,” he added.

Traore died just a month after Mali's latest military coup, its fourth since gaining independence from France. He had met with the coup heads.

"These young colonels are children... I tell them the mistakes made and what to avoid and I hope, I hope they understood," he said.

His start had begun to rise again as some Malians fondly remembered his reign.

“Today our country is divided, it's something that really hurts. If Moussa Traoré was in business, this would never have happened -- he is a patriot, a nationalist,” Moussa Condé, a young Malian sociologist told RFI.

Mankessim: 55-year-old kenkey seller knocked down by speedin...
45 minutes ago