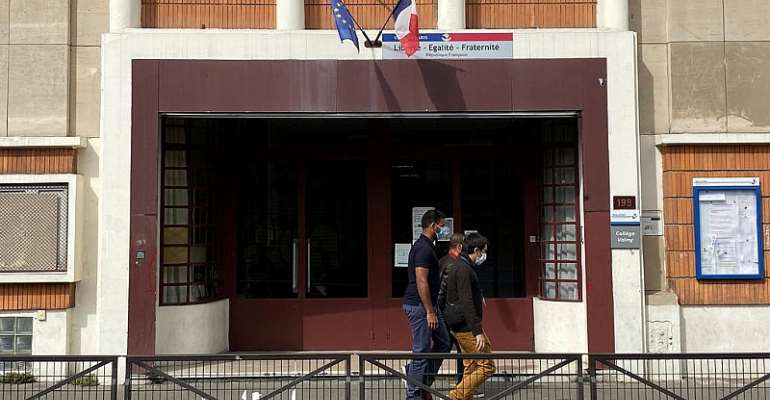 Eighty-one schools and 2,100 classes have been closed across France since the start of the school year due to Covid-19, the government said Wednesday, stressing the closures represented only a small fraction of learners.

Shortly after the school year resumed on 1 September, 28 schools and 262 classes were closed due to the Covid-19 epidemic early last week.

A week later, the number has climbed to 81 schools and 2,100 classes after more than a thousand new cases were reported among pupils.

“We have seen around 1,200 new Covid cases among school pupils this week,” Education Minister Jean-Michel Blanquer said Wednesday. “Classes are closed as soon as there are three positive cases.”

Blanquer emphasised the closures represented a very small fraction of the 60,000 schools across France.

“These numbers remain very limited,” Blanquer stressed. “When you have only 0.13 percent [of schools closed], it's a good return to school.”

French officials have warned new restrictions might be required to stem a worrying increase in cases.

National health agency Santé publique France reported 8,000 new cases in the previous 24 hours on Tuesday and an average infection rate of 5.4 percent, both consistent with trends showing a slowly but steadily worsening epidemic in recent weeks.

Hospitalisations as of Tuesday evening stood at 5,679 with 759 patients in intensive care, both far beneath numbers at the peak of the epidemic in late winter and early spring, but the government is bracing for a second wave of cases with the colder weather in autumn.

82 of the country's 101 mainland and overseas administrative departments were placed on red alert.

The medical school at the University of Montpellier in southern France called off classes late Tuesday after some 60 students tested positive after having attended a party.

The University of Rennes in western France suspended some classes for medical students after 83 students tested positive.

While acknowledging a “difficult context” for students “deprived of social links”, the minister called on students for “collective engagement and individual responsibility”.

It's not good at all — GMA expresses concerns over rising CO...
24 minutes ago