Missing cocaine charges to be dropped 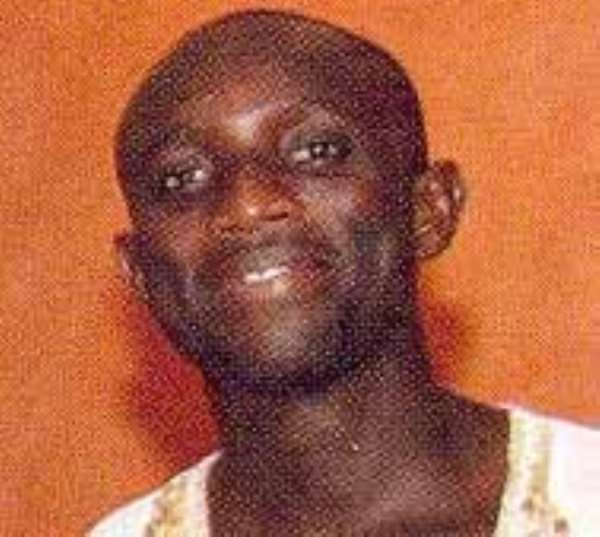 On Friday, the Attorney-General, Joe Ghartey, is scheduled to hold a news conference to release an executive summary on the much-awaited Justice Georgina Wood Committee report which was presented to government last Friday.

The committee, which investigated two high profile drug-trafficking-related cases, presented its report to the Minister of Interior on Friday, September 22, without disclosing its contents, to the disappointment of many.

According to our Castle sources, Government is determined to accept virtually all the recommendations made by the committee, which sat from July 25 to September 5, to primarily, investigate the alleged loss of about two tonnes of 77 parcels of cocaine on board the vessel MV Benjamin.

However, speculations on the Inspector General of Police, Patrick Acheampong being dismissed are "very much premature," a senior Castle source hinted adamantly.

The Statesman can disclose that the report has recommended the arrest and prosecution of all the people who were present at a particular meeting at the residence of the suspended Director-General of Operations of the Ghana Police Service, ACP Kofi Boakye.

Already, three of the participants and another, whose name cropped up at the meeting, are in custody facing smuggling charges related to the consignment on board the vessel.

The Statesman can reveal that the five-member fact-finding committee, charged to investigate the whereabouts of the 'missing' cocaine, could not find any meaningful link with the accused persons to that particular consignment on the MV Benjamin.

Significantly, the proceedings of that (in)famous meeting at the home of the ACP were secretly recorded. While the source of the recording remains a mystery, the committee believes a lot was said at the meeting for a criminal case to be made against the people present.

The thinking is that the recorded conversation presents enough of a prima facie evidence that the individuals at the meeting have been on one or more occasions in the past undertaken an activity connected with the establishment or promotion of illegal drugs.

The accused are, therefore, expected by their next appearance in court on October 9, to have their earlier charges dropped and new ones preferred.

As anticipated by some critics, the committee was not able to uncover the whereabouts of the alleged missing cocaine, with an estimated street value of $230m.

However, The Statesman has picked up hints that the most likely avenue left opened to the prosecution is for the suspects, including Mohammed Moro, to be now charged under section 3(2) of the Narcotics Drugs (Control, Enforcement and Sanctions) Law, 1990.

It provides: "No person shall without lawful authority undertake any activity for the purpose of establishing or promoting any enterprise relating to narcotic drugs."

It is an offence punishable by at least ten years imprisonment.

ACP Boakye and the other four persons at the meeting, Kwabena "Tagor" Amaning, Issah Abass, Kwabena Acheampong and Mohammed Moro, all witnesses before the committee, have been recommended for prosecution. Kwadwo Ababio, our sources say, is quite likely to be let loose. He has been charged, alongside the three others, with the 77 parcels.

However, The Statesman can disclose that, in spite of the recommendations, legal opinion is strongly divided on the suggestion to prosecute ACP Boakye.

The prosecution is expected to make a case based on a combination of things said on the tape, assets of the suspects, and testimonies given to it by others, notably convicted inmates at Nsawam prison. However, any case to be made against the suspects is expected to greatly hinge on the words captured on the tape.

On August 2, 2006, the police came to the Ministry of Interior, where the Georgina Wood Committee was sitting to arrest four of the witnesses, Tagor, Alhaji Abass, Acheampong and a member of the audience, who had been mentioned on the tape, Kwadwo Ababio.

The committee was set up by the Minister of the Interior, Albert Kan-Dapaah, to also investigate allegations of a $200,000 bribery levelled by Grace Asibi against some senior officers of the Criminal Investigations Department.

This is in connection with about half a tonne of cocaine found in East Legon in November 2005, which has ended up with two South Americans, Joel Meija Duarte Moises and Italo Gervasio Rosero Castillo in custody facing trial.
Ms. Asibi is said to be the jilted girlfriend of a Venezuelan fugitive, Vasquez Gerardo Duarte David, suspected to be a drug baron.