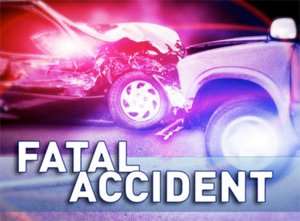 Five people have been confirmed dead in a fatal accident that happened at Gomoa Adam near Gomoa Anteadze on the Kasoa – Cape Coast highway in the Central Region.

Seven others also sustained varied degrees of injuries and are in critical condition at Apam Hospital.

Fourteen passengers were on board the two vehicles but five died on the spot and seven others are battling for their lives at Apam Catholic Hospital.

Two people have been treated and discharged.

A survivor of the accident, who was a passenger in the Toyota Hiace vehicle, Mr Issah Abubakar attributed the accident to a wrongful overtaking on the part of the Ford Vehicle driver.

“I boarded the vehicle from Kasoa heading to Cape Coast and upon reaching a section of the road, I saw the Ford Transit wrongfully overtaking a tanker and in the process, it collided with their car,” he said.

Meanwhile, the seven injured people are however responding to treatment.