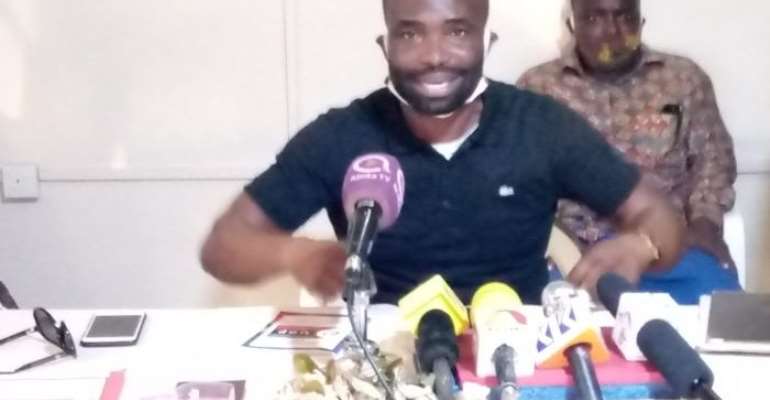 According to him, such a high price for simply filing one’s nomination to lead a political party in the 2020 elections embedded the monetization and corruption of the country’s election.

“In fact, it is outrageous!! 2012 presidential was almost GH¢10,000, 2016, it came to GH¢50,000 and in 2020 it is now GH¢100,000. This is a way to sideline the smaller political parties in the country because they can not pay such a huge amount of money. I will also say it's a way of encouraging monetization in politics and if this issue is not addressed immediately then I am afraid the country will not move forward if this action continues".

He then urged Ghanaians especially the youth to be very vigilant.

"I will urge Ghanaians especially the youths to wake up, we have been limited and fooled for too long by these old people. This country's future belongs to the youth and we should not leave it to old people to run it as their family and friends affairs," he said.

The EC on Monday announced that Presidential aspirates desiring to contest the 2020 general election will be required to pay a filing fee of ¢100,000 while parliamentary candidates will pay ¢10,000.

The forms can be accessed online and had to be filled and filed between October 5 to October 9.