NDC Manifesto Promises For Media – Should We Really Trust Them? 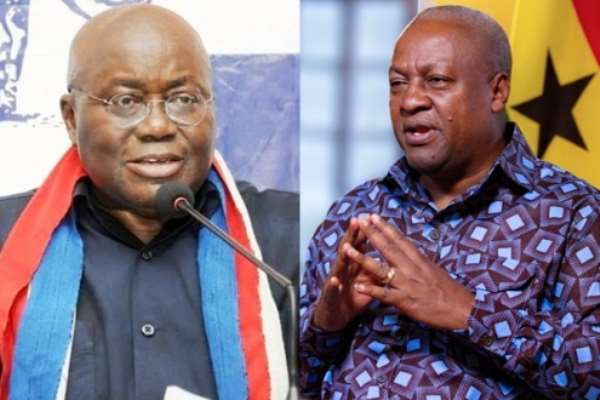 This opinion article examines the promises made to the media industry by the main opposition NDC in its People's Manifesto for the 2020 elections:

The 2020 elections appear to be all about promises and the media sector is not left out. Both the ruling New Patriotic Party (NPP) and the main opposition National Democratic Congress (NDC) have made fine promises for the media sector in their 2020 manifestos.

While the NPP offers four promises in the media sector, the NDC doubles that to eight. One of the parties will certainly be winning the 2020 elections but can we trust any of them as far as fulfilling their promises is concerned?

Let’s start with the NPP after all, they were the first to launch their manifesto.

The NPP offers four key promises on the media sector. The governing party promises to resource “the Right to Information (RTI) Commission.” In the manifesto, it is framed as if there is already an RTI Commission. How do you promise to resource a non-existent Commission?

The RTI law has been a unique law. It is a law that was passed with its implementation suspended for a whole year.

The justification provided for the year-long suspension of implementation was that the structures required for implementation required resources, which was to be allocated in 2020. The question that must be asked is: what has prevented the government from setting up the Commission as provided for under Section 40 of the RTI Act, 2019, Act 989? The Commission may be eventually set up and it may be resourced. What is not certain is whether or not it will be made effective.

The NPP also promises to assist the National Media Commission (NMC) to effectively implement “the Coordinated Mechanism for the Safety of Journalists” in Ghana. Again, it is framed in the manifesto as if the said Framework is already in place. It is something that has been in the works for some time now but not yet in existence yet.

The idea of having a comprehensive national framework on safety of journalists is a great one. It will be in fulfilment of a key requirement of the UN Plan of Action on Safety of Journalists and the Issue of Impunity adopted in 2012, which requires countries to develop and implement such a framework. It will also be in fulfilment of several UN Resolutions on safety of journalists including Human Rights Council Resolution 39/6 of 2018, which Ghana co-sponsored.

The other promise by the NPP is to see to the passage of a Broadcasting Bill. This is good. For nearly 20 years, there has been advocacy to have such a law in place. One can trust the NPP when they say they will have a law passed. So far, the NPP government has been good at passing new laws (RTI Law, Vigilantism Law, OSP law, etc.). But they have been terribly poor at implementing the laws they pass. They simply applaud themselves for how many laws they have passed, not what changes the laws have brought about. It's as if they get laws passed just for the sake of having more laws. We can only hope that they will go beyond passing to implementation.

The final major promise of the NPP in the media sector is to implement “the Media Capacity Enhancement Programme.” Note that here too, they frame it as if there is such a programme already in existence. There is none. Since the beginning of the current NPP administration in 2017, there has been talks about and plans to implement this programme. The outcome has since been, a conversation in progress. We can only hope that it will not be a matter, achievements of which will be about the number of times stakeholders have met about it. Otherwise it is a great idea.

Now to the NDC. They offer eight promises to the media.

The NDC promises to establish a Media Development Fund (MDF) to “support journalists and media organisations as a post COVID-19 relief package.” This sounds good. But it also sounds too familiar.

We have seen an MDF by the NDC under the John Mahama Presidency before. This was in 2013. An allocation of a whopping One Million Ghana Cedis (about US$500,00 at the time) was made through the Ministry of Information. What happened to the funds? It literally disappeared. There was only news of a few RLG laptops that were said to have been made available to some media groups. A number of the groups that were said to have received the laptops, denied being beneficiaries. The money was completely mismanaged, abused and squandered. No one was punished, it just passed like that. So, why should people not be sceptical when the same group, under the same leader is promising the same thing?

Just as the NPP, the NDC also promises to pass a Broadcasting Bill into law when given the mandate. One can only be hopeful that it could be done. During the eight years of the NDC government from 2009 to 2016, there was intense advocacy for the passage of the Broadcasting Bill into law but nothing happened. It is for the same reason that the NDC's promise to continue the implementation of the Right to Information Law, 2019, can only be received with cautious optimism. For eight years, the NDC government failed, in fact, refused to pass the RTI Bill despite vigorous campaigning by activists.

The NDC further promises to conduct investigations into the assassination of Ahmed Suale and “other unsolved cases with the view to punishing the perpetrators and adequately compensating the dependents of the victims.” This is a really great promise. Impunity for crimes against journalists must be combatted forcefully.

The NDC regime was certainly more tolerant and accommodating on matters of critical journalism and media freedom. But its record on fighting impunity for crimes against journalists is weak. The NDC needs to be reminded to add a few of the incidents that happened under their government, such as the abuse of a journalist by Stan Dogbe, for which there was no action despite a petition from over 150 journalists demanding sanctions against the abuser and justice for the victim.

The opposition party also promises to grant amnesty to all radio stations closed down by the “Akufo Addo Government” and permit them to resume operations. On the surface, this sounds like a good promise. But what if the radio stations were shut down because they violated the law? The shutting down of some pro-NDC radio stations by the National Communications Authority was obviously politically-motivated, but the NDC's promise is just too sweeping.

The other promises of the NDC are to empower the National Media Commission (NMC) to exercise its oversight responsibility “devoid of political interference.” Indeed, the NMC needs to be restructured, resourced and empowered. The structure of the Commission may have been fit for purpose at the time it was set up when there was no private media and no digital media platforms.

There is a need for a total restructuring of the NMC to make it fit for the current context. The Commission requires permanent Commissioners, additional human resource, tools and equipment to work. So, any promise to do so is welcome.

The NDC says it will make the Ghana Broadcasting Corporation economically viable and “politically independent.” This is also a great idea except that the Corporation was on its knees throughout the eight years of the NDC regime. In terms of political independence, it was not different from what it is today. Just as it is today, who hosts what show is sometimes remotely determined. Every government controls the state broadcaster and leaves its journalists intimidated and cowed. The NDC cannot be granted the benefit of the doubt on this promise.

Finally, the NDC promises to “change the current climate of fear, intimidation and harassment of the media by President Akufo Addo.” Yes, the current state of affairs of media freedom is not the best. Critical journalism is stifled with a growing culture of fear among independent-minded journalists and media organisations. This certainly does not bode well for our democracy and must be improved.

Overall, we can only hope that whichever party wins the 2020 elections will recognise the critical role of the media and implement measures to improve media freedom, independence and professionalism.