Opinion: Dissecting Manifesto Promises Of The NPP And NDC On The Creative Arts Industry 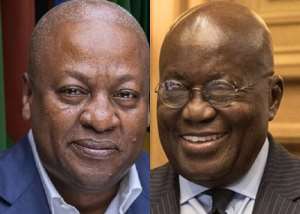 Arts and Entertainment Critic, Kwame Dadzie examines what is in the NPP, NDC Manifestos for the creative arts sector....

There is no gainsaying the fact that the creative sector in Ghana is gradually gaining the attention of policymakers. For a long time, what had been the bane of stakeholders of the Creative Arts was the fact that they were consigned to the back or treated as ancillary anytime politicians and powers that be dealt with them.

In developed countries like the United States of America, the Creative Arts contributes over 800 billion dollars a year to their economy, amounting to 4.5% of gross domestic product. The arts contribute more to the national economy than do the construction, transportation and warehousing, travel and tourism, mining, utilities, and agriculture industries.

The arts and culture industry has grown to £390million in a year and now contributes over £10.8billion a year to the United Kingdom economy.

According to United Nations Conference on Trade and Development (UNCTAD)'s international trade and commodities director, Pamela Coke-Hamilton, “the creative economy and its industries are strategic sectors that if nurtured can boost competitiveness, productivity, sustainable growth, employment and exports potential.”

Even though there is no scientific data on how much the entire creative arts feed into Ghana's Gross Domestic Product, the fact can be established that it serves as a source of livelihood for a lot of people in music, film making, fashion, sculpture, painting, comedy, photography, graphic designing, among others.

As we get closer to the 2020 elections, some political parties have decided to lay down their plans for the industry.

The two major political parties, the National Democratic Congress (NDC) and the New Patriotic Party (NPP) have launched their manifestoes, making provisions for the creative arts.

The NPP's manifesto on creative arts

1. We will set up the Creative Arts Fund to support artists

2. In addition to completing the theatre in Kumasi, we will construct new theatres in Takoradi and Tamale

3. Given that our artistes do not have the capital to set up studios, we will, as part of the entrepreneurial hub’s strategy, establish, in partnership with the private sector, large recording studios in Accra, Kumasi, Tamale and Takoradi. Recording artists can rent space to do the recordings in these studios

4. We will build a digital platform for artists to make their products available to the global market

5. We will construct one of the biggest convention and exhibition centres in the world at the Ghana Trade Fair Company site, La.

The NDC's manifesto on creative arts says the party intends to;

1. Establish a Ministry responsible for the Creative Arts and Digital Economy

2. Implement programmes to support the growth of the film, music and the creative industry to drive job creation and economic growth

4. Strengthen regulation to protect the copyright of artistes and ensure that they get value for their works by enforcing the payment of user fees under the Copyright Regulations, 2010 (L.I. 1962)

5. Set up a system of legal aid for creative artistes to help fight creative/intellectual theft and plagiarism by others

6. Pass the Creative Industry Bill into law and implement it to promote the development of the industry

7. Resource the national museums and empower them to function properly and create space for exhibitions

9. Partner with GUVA and other fine art associations to purchase their finished works to furnish and decorate public offices to support the fine art businesses

10. Through the National Film Authority, encourage our embassies overseas to purchase and periodically show appropriate Ghanaian films on Ghana Day and other special occasions

11. In collaboration with the Ghana Association of Writers, establish a National Writing Contest and support the promotion of the best literary works

12. Provide seed money for the creation of a special fund for artists including aged and needy creative artists

13. Make available scholarship packages for disadvantaged creative artistes to pursue courses or programmes for self-development in the national interest

14. Facilitate the enrolment of creative artists unto the informal pension scheme

15. Develop programmes to harness talents and potentials in the industry

16. Structure the educational curriculum to allow students to appreciate the relevance of culture and creative arts in life and national development

17. Promote district, regional and national competitions in the creatives among the youth in tertiary Institutions

18. Facilitate the placement of creative art products on digital platforms for promotional purposes.

21. Renovate, equip and fund existing Centres for National Culture across the country, and ensure efficient and competent management (Culture Promise) 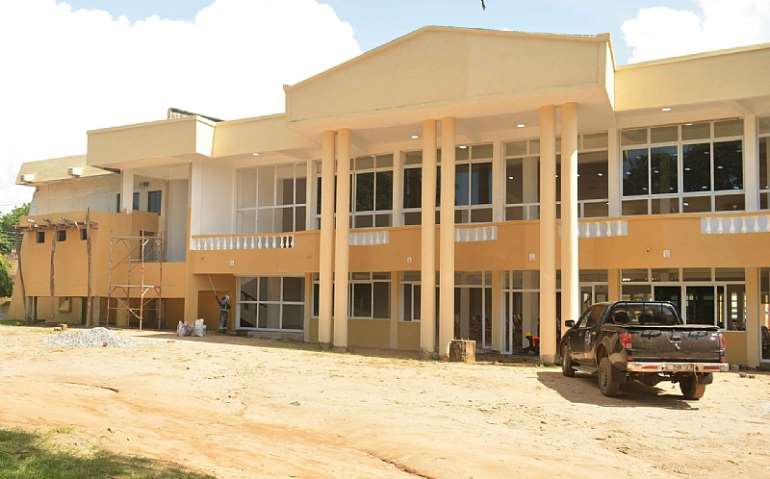 Both parties have similar provisions which – a clear indication that these are the pressing needs of the people in the sector.

The NPP mentions the building of theatres in the various regions, a promise they made in their 2016 manifesto. In essence, they have explained that they would renovate the auditoriums cultural centres in Takoradi and Tamale.

The NDC also says the same. The only difference is that the NDC also intends to refurbish the National Theatre under the 'Big Push' initiative.

Still under the 'Big Push', the NDC has promised to build studios in the National Film and Television Institute (NAFTI), which they intend to make a multi-media university by merging with GIJ and Ghana Institute of Languages. The NPP also plans on building recording studios in Kumasi, Tamale, Takoradi and in Accra. The difference, however, is that the studios by the NDC will be in the university for teaching purposes. This is an explanation that Rex Omar, a spokesperson for the NDC's manifesto on arts told me in an exclusive interview.

In terms of arts education, the NPP has noted that they have begun construction in Kwadaso of Ghana's first creative arts Senior High School.

Again, both parties talk about digitising the business aspect of the arts. NPP intends to facilitate the placement of creative arts products on digital platforms for promotional purposes. The NDC hopes to build a digital platform for artistes to make their products available to the global market.

The NDC has promised to get the creative arts an autonomous ministry. They are going to merge it with Digital Economy, which they assert is now the vehicle to convey the activities of the arts.

While the NPP claims an Arts Rights Court is in the works to help in addressing copyright infringement cases, the NDC will set up a system of legal aid for creative artistes to help fight creative/intellectual theft and plagiarism by others. This means that the NDC is not really looking at a separate court that will tackle such issues but rather help find lawyers to assist creative artistes when someone wrongfully uses their intellectual property.

The NDC wants to facilitate the enrolment of creative artistes unto the informal pension scheme.

The NDC, again, promises to offer scholarships to under-privileged artistes to help improve their skills.

Analysis of the two manifestos on creative arts

On a whole, it is heartwarming to know that the two major parties in the country have plans for the creative arts industry.

The NDC's promise of making creative arts an autonomous ministry, decoupling it from tourism and culture, makes sense. The reason for this, as given by Rex Omar (spokesperson of the NDC manifesto on creative arts), was that putting tourism, arts and culture under one ministry made it difficult to properly care for the arts. 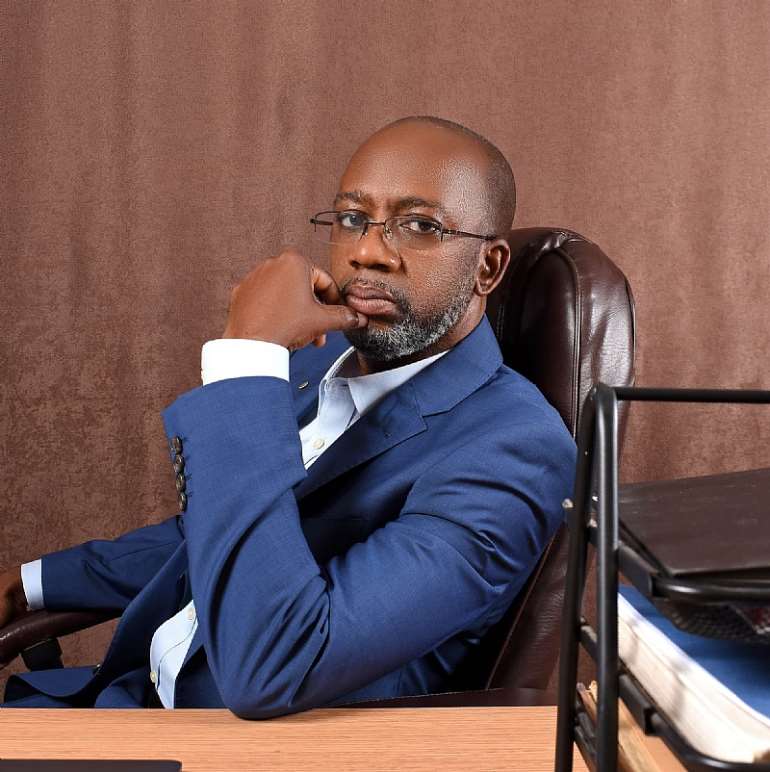 He told me the attention of government had been on tourism more than the arts, and so if made a stand-alone ministry, it would give the arts the necessary push they need.

I am not sure about the name of the proposed ministry. It could simply be ‘Ministry of Creative Arts’. Digitisation has become the bedrock of every facet of human life – not only the creative arts. It pervades all the other ministries, too. So, ‘Digital Economy’ needs not be added to ‘Creative Arts’ to make that ministry to prove that digitisation will play a role in their dealings.

The problem I see arising from the creation of this stand-alone ministry is conflicting responsibilities with the Creative Arts Council.

The Creative Arts Council is supposed to be a body to regulate the activities of all the creative artiste sub-fields. The proposed ministry is arguably supposed to do the same. The functions of these bodies would have to be well spelt out in the event that the NDC wins power, or else the council will be rendered redundant.

To most creative artistes, the issue of performance centres for entertainment has been topical. That is why when the NPP mentioned in the 2016 manifesto of that they would build nine (9) large-seating ultra-modern theatres across 9 regions, they received a lot of plaudits. 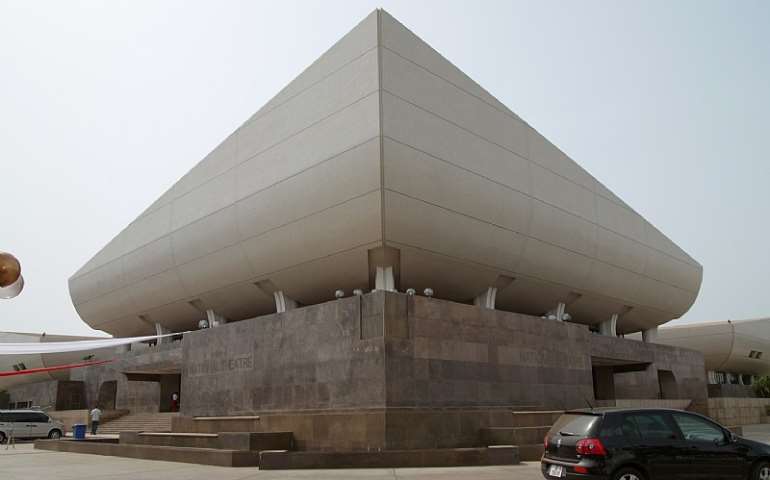 Even though they reneged on that promised, the Deputy Minister of Tourism, Arts and Culture, Dr Ziblim Iddi, came out to explain that after getting into deliberations, they realised it was better to rather renovate the auditoriums of the various Centres for National Culture than construct new structures for theatres. For the records, what the NPP has provided at Koforidua is a far cry from what they promised. They did not construct 'large-seating' or 'ultramodern' theatre. That was just a performance centre repainted! 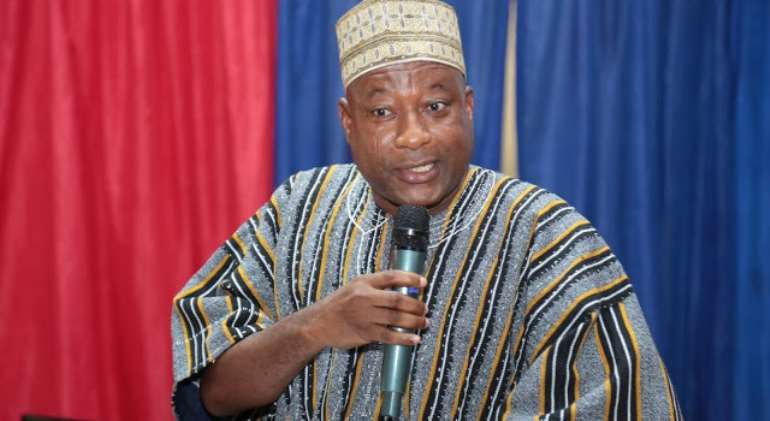 The renovation of the cultural centres is a promise made by the NDC in their manifesto in 2016, and a promise they have repeated this year. 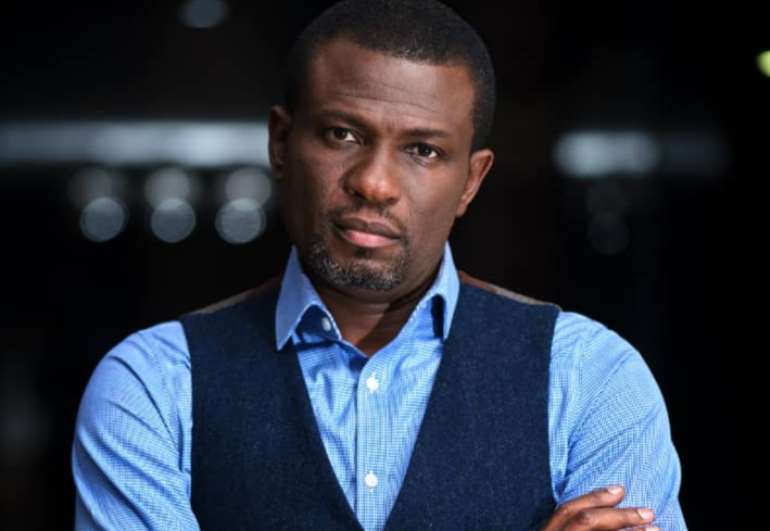 I am much concerned about arts education, a reason I find one of NDC's promises quite interesting. They intend to “structure the educational curriculum to allow students to appreciate the relevance of culture and creative arts in life and national development.” The problem of our educational system, especially at the basic school level when it comes to the creative arts is lack of the requisite teaching and learning materials and teachers who are well-versed in the creative arts courses. It is therefore imperative that teachers are well-trained in these subjects before they are made to teach them.

The situation on the ground is that, at the basic school level, teachers who have no expertise in the arts are made to teach Creative Arts because they are class teachers.

To make the promise work, the education ministry would have to consider giving great attention to creative arts teachers – training a lot of them for this cause.

I also have a problem with the NDC's promises to offer scholarships to under-privileged artistes to improve themselves. In as much as it is a good promise, I think such scholarships should start from the schools. Just as premium is given to the sciences in schools, and scholarships are given to science and mathematics students, so shall there be scholarship packages for pupils and students in the creative arts. This will help clear misconceptions about the arts and do away with its relegation by society.

It is good to promise everything but we need to set our priorities right as an industry. What the industry needs now is not about establishing music recording studios. The ordinary creative in Ghana needs a better copyright system, funds to boost their business, conducive performance venues and effective marketing platforms. Any other thing can be added when the essentials have been established.

Obviously, the two political parties have given stakeholders in the arts sector a lot to mull over.

The onus lies on the electorate to also make their own analysis of the promises and choose which ones hold great fortunes for the industry.

The writer, Kwame Dadzie, is an entertainment journalist with Citi TV/Citi FM and citinewsroom.com