Trokosi Caucus Leaders Must Be Enlightened About Democratic Tenets 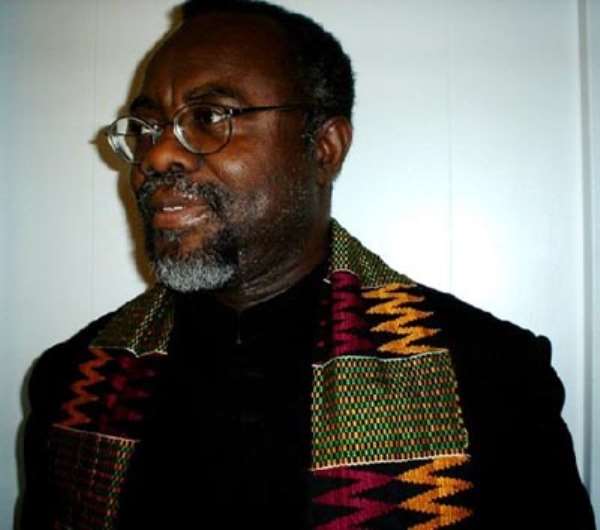 The sophomoric arrogance of the members of the so-called National Democratic Congress’ Volta Caucus could not be more at once asinine and farcical. The call by the aforementioned group for Prof. Kwamena Ahwoi to immediately withdraw his so-called controversial memoir, titled “Working with Rawlings,” from circulation is pretty much in keeping with the dictatorial “Agorkorliesque” temperament of the Trokosi Ewe Nationalists who suppose that they could, somehow, narcissistically manage how the rest of us overwhelming majority of bona fide Ghanaians citizens think and express ourselves. You see, that was what the infamous “Culture of Silence,” vehemently decried by the immortalized Prof. Albert A. Adu-Boahen, was about.

It may very well be responsible for the globally observed timidity of many Ghanaians today, which has also been extensively remarked upon by many a Diaspora African who have recently visited the country (See “NDC Volta Caucus Urges Prof. Ahwoi to ‘Humbly Withdraw’ Controversial Book” Ghanaweb.com 8/28/20). The Volta Caucus’ call is characteristically laced with the sort of Anlo-Ewe ethnic chauvinist supremacism that characterized most of the 20-year Rawlings-Tsikata Reign-of-Terror. Somehow, the self-righteous Apostles of Probity, Accountability, Transparency and Justice do not want Generalissimo Rawlings to be held squarely accountable for his wanton perpetration of atrocities against the Ghanaian people. It is also rather amusing that the members of the Volta Caucus would hold Prof. Ahwoi’s book, “Working with Rawlings,” scapegoat fashion, for being responsible for the glaring possibility of the impending massive defeat in the 2020 General Election of the Mahama-led National Democratic Congress.

No such assertion or attempt at fault-finding could not be more insulting to the intelligence of the Ghanaian voter. I mean, why do these Voltaian Caucus’ leaders find it so extremely difficult to accept the fact that former President John Dramani “Airbus-Kanazoe” Mahama is absolutely no match or peer of President Addo Dankwa Akufo-Addo, when it comes to results-producing visionary leadership in the country? The fact of the matter is that when it comes to problem solving, such as the COVID-19 Pandemic, and the sort of highly localized Cholera Epidemic that struck the country in 2014, under the sleepy watch of Mr. Mahama, there is absolutely no way for any credible pundit to box Messrs. Akufo-Addo and Mahama into the same leadership category. Prof. Ahwoi’s book, “Working with Rawlings,” is simply a book whose time has come.

Indeed, if the Trokosi Nationalists truly cared about the fortunes of the National Democratic Congress, going into the 2020 General Election, why are the members of the Volta Caucus also not calling for either the immediate removal or withdrawal of Prof. Jane Naana Opoku-Agyemang, the Mahama Running-Mate who both edited Prof. Ahwoi’s “Working with Rawlings” and penned the equally damning FOREWORD to the memoir? Is it because as an “innocent Ghanaian woman,” Naana Opoku-Agyemang cannot be held accountable for her substantial contribution to both the crafting of the contents of the book and the vigorous promotion of the same? If the Mahama-led National Democratic Congress suffers a massive loss in the December 2020 General Election, it would be squarely because the man who either flatly refused or scandalously failed to retrieve a single pesewa from Mr. Alfred Agbesi Woyome, as promised in the runup to the 2012 Presidential Election, has absolutely no enviable performance track-record to brag about before the very thoughtful Ghanaian voter.

Which is why a politically shameless Candidate Mahama would attempt to viciously and mendaciously take undeserved credit for the Akufo-Addo-implemented fee-free Senior High School System. Candidate Mahama might just as well take credit for the recent creation of his political home turf of the Savannah Region, among five others, by President Addo Dankwa Akufo-Addo. How about the introduction of the Volkswagen Assembling Plant into the country? As well, how about the expeditious use of drones to ship emergency medical supplies across the country? The list goes on and on and on and on….

You know, it was rather annoying when during a recent working tour of the Ketu-North and South constituencies of the Volta Region, Nana Akufo-Addo was confronted by some local chiefs who asked the President to defend himself against vacuous charges of “political tribalism.” Where were these “red-socks-wearing” chiefs when the Rawlings-Tsikata Diarchy literally held the Akan ethnic majority populace of this country by our throttle, as if we had absolutely no right to peaceful coexistence with the rest of our cousins and neighbors across the country? Or is it that like Prof. Kwamena Ahwoi, the Akan people have absolutely no right to express our humanity, opinions and gut feelings and reactions, because such opinions and gut feelings and reactions would unsettle the criminal sensibilities and sensitivities of Chairman Jeremiah John Rawlings and his wife? And, by the way, why is the Anlo-Ewe Caucus not questioning why Candidate John “I Don’t Like American Cars” Mahama has maintained a deathly silence over the publication of “Working with Rawlings”?

There is a common wise saying that runs as follows: “When a stereotypical northerner sticks to his guns and flatly refuses to be scammed by a smart-alecky southerner, the northerner often gets accused of being too cantankerous and not understanding or difficult to understand.” Of course, Prof. Ahwoi’s “Working with Rawlings” is darn too controversial because the man well appears to be thoroughly done with sucking up to the Anlo-Ewe Demi-God.