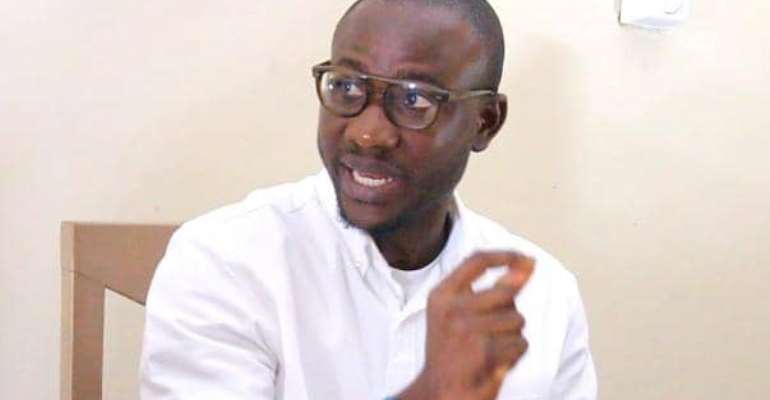 Mr.Boateng Samuel Clinton,former SRC president,UEW-Kumasi Campus has said that,he has monitored the turn of events with utter shock and dismay the blatant lie by the Vice President of the Republic, Alhaji Mahmoud Bawumia on the claim that all legacy salary arrears have been cleared i.e. all have been paid. This calls for worry by all well meaning teachers and yet-to-be teachers.

It will be recalled that, in the months before the 2016 general elections, all teachers accross the length and breath of the country were unhappy with the non-payment of salary arrears owed by the erstwhile JM/NDC government resulting from the 3 months salary arrears pay policy.

This policy at the time sought to audit the list of claims presented by the IPPD coordinators of each District to ascertain the truth in each claim. Because the process will take a little longer, the first three months of salaries in arrears were paid, the rest were to be paid at a latter date after audit.

The strategy was an excellent way of resolving the age old corruption where some IPPD coordinators will present ghost names and claim fortunes as arrears into the accounts of these ghost names and enjoy. Cut to the chase, affected teachers were however aggrieved because of the unending audit processes by the Ghana Audit Service, we were of the conviction that, the government at the time must take the blame because it is the responsibility of leadership at the time to ensure swift end to the process so affected teachers can be paid to ease the burden on teachers.

Admittedly, myself, Owusu Baffoe Daniel and some teachers formed the group "Victims of 3 months salary arrears pay policy(V3MAPP)". This group embarked on media engagements and several regional demonstrations with the sole aim to get our monies paid to us. This caught the attention of the NPP then in opposition and they promised to pay all arrears should they win power. H.E. Nana Addo then an opposition leader trumpeted his commitment to pay all arrears. This was echoed, in a meeting, I remember, with the then National Youth Organiser, Sammy Awuku and the leadership of V3MAPP at the party's headquarters in Accra, he promised that it is the position of the party to pay all arrears owed teachers if they ever come to power.

This stemmed our confidence to use our various platforms to campaign for the NPP in 2016. Our resolve was borne out of pure conviction to get our arrears therein any alternative that seeks to cancel the audit and pay affected teachers must be supported by any reasonable teacher with his or her last blood. Which we did without fear or favour.

Today, close four years under the NPP government, teachers are insulted by no other person than Alhaji Mahmoud Bawumia, who without any audit, could not honour his own promise and instead of him to be apologetic, he rather infuriates, lies and blatantly insults affected teachers by claming all legacy arrears are paid.

Alhaji Mahmoud Bawumia has made the prophesy of the then GNAT General Secretary, David Ofori Acheampong who says "the NPP claims to pay arrears will not be achieved so direct your attention to something else" come true. His unapologetic comments tell his arrogance, lack of touch with issues and the deception in the system.

I am therefore apologetic to former President Mahama who in the long process of audit by the audit service was able to pay close sixty six thousand affected teachers before losing power in 2016.

I call on all teachers to speak out, demonstrate, render your displeasure to demand what is rightfully yours. The time to mobilize is now!. We can take another any breath in waste!

LGBTQ+ Bill: You're shameful backward thinker obsessed with ...
57 minutes ago