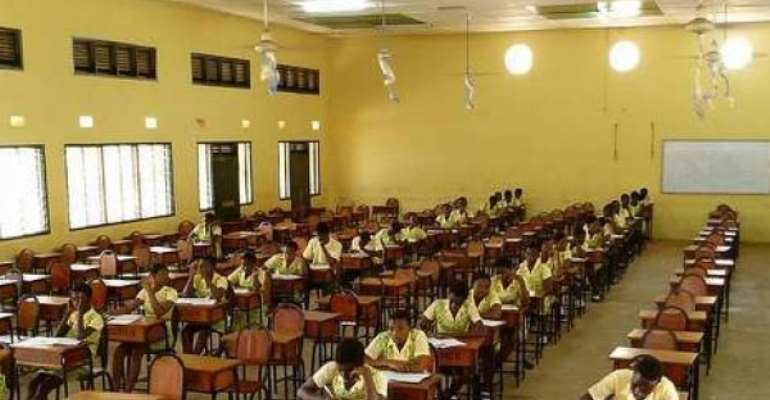 He further revealed that out of these absentees, 20 were boys and 72 are girls.

He said the Bolgatanga Municipal where 2,784 candidates including 1,177 boys and 1,607 girls were expected to write the examination, 43 candidates, comprising seven boys 36 girls did not turn up on the first day.

In the Builsa North District where 1,217 pupils were registered comprising 568 boys and 69 girls, 19 pupils made up of one boy and 18 girls were absent, he added.

For the Builsa South District where 732 candidates, consisting of 410 boys and 322 girls were expected to take part in the examination, 18 candidates, eight boys and 10 girls did not show up.

In the Bolgatanga East District, 564 pupils including 266 boys and 298 girls were registered to write this year's BECE, four boys and 8 girls did not take part.

The Regional Examination Officer said no reason had been given for their absence.

The other districts were yet to submit their reports on the number of absent candidates, he added.

Mr Adoctor said a tour of the examination centres in the Bongo District, showed that some of the girls were pregnant.

“At the Gowrie Senior High School centre, a nursing mother was writing while four were pregnant. At Balungu-Nabiisi centre we had one pregnancy and about six absentees and at Bongo SHS centre 'B' we had two absentees, one has given birth and one passed on,” he said.

He said apart from the absentees, everything was smooth and there were no serious issues that could mar the conduct of the examination.

He appealed to all stakeholders involved in the examination to ensure a successful exercise.

Collins Dauda is being prosecuted for Akufo-Addo's recklessl...
53 minutes ago