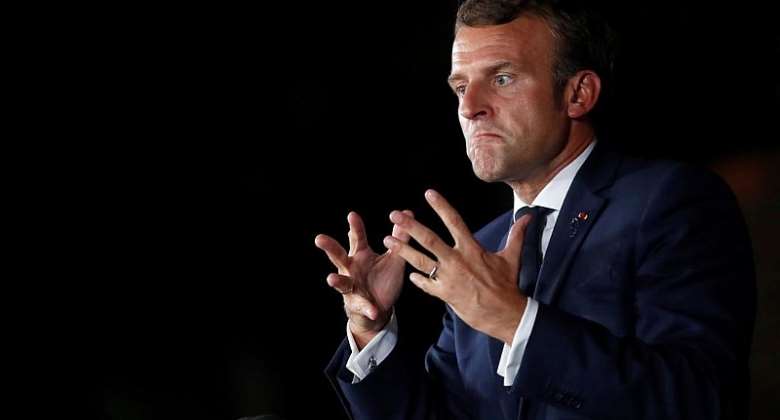 France will proceed with its planned 5G mobile network deployment, President Emmanuel Macron has said, dismissing fierce opposition from those who would prefer "the Amish model" and "going back to the oil lamp", as he put it.

A group of 70 left-wing elected officials and environmentalists called on Sunday for a moratorium on 5G technology, which is due to be rolled out in France at the end of the month.

5G networks are touted as promising an exponential leap in the amount and speed of wireless data, enabling advances in self-driving vehicles, virtual reality, connected health and more as sensors and servers communicate instantly.

But the technology has come under scrutiny, and officials have called for more studies on the environmental and health impacts of the essential infrastructure.

The Citizens' Climate Convention, convened by Macron himself, specifically called for the postponement of the launch of the 5G technology until its environmental impact can be fully estimated.

"France is the country of innovation... We are going to put all false ideas to rest," Macron told a gathering of French tech entrepreneurs at the Elysée Palace, ahead of Tuesday's launch of France Digitale Day.

"I hear a lot of voices being raised to explain to us that the complexity of contemporary problems should be addressed by going back to the oil lamp. I don't believe that the Amish model can solve the challenges of contemporary ecology," Macron joked, referring to the American community which is suspicious of technology.

The Green Party mayor of Grenoble, Eric Piolle, described the presidential declaration as "a caricature of the neoliberal model, completely out of sync with the hopes and needs of the ordinary citizen".

François Ruffin of the far-left France Unbowed party, which has called for a referendum on the whole question of 5G, accuses Macron of breaking his word by promising to go ahead with the establishment of a 5G network, specifically rejected by the Citizens' Climate Convention.