2020 Elections Will Be Based On Track Records-Akufo-Addo 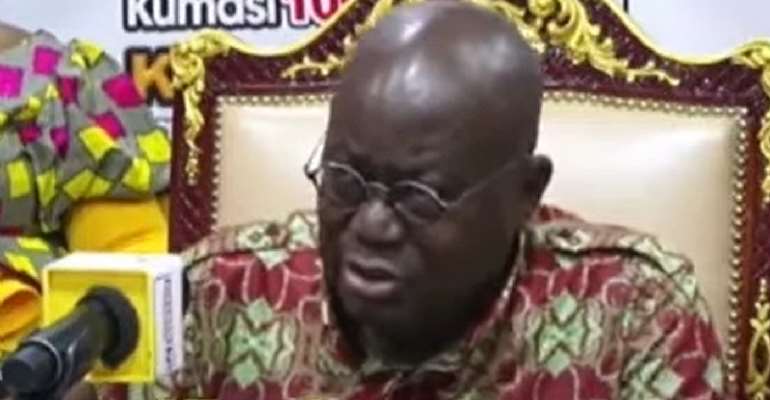 President Nana Addo Dankwa Akufo-Addo has said going into the 2020 election, his party would campaign based on its records and what they could do better for Ghanaians.

“We should make sure that how we speak and what we say to the public brings about peace and understanding, we want a very free fair and violence-free election,” President Nana Akufo-Addo exclusively told Kwaku Owusu Adjei on ‘Pae Mu Ka’ on Sunyani-based Kingdom FM 99.3.

President Akufo-Addo further stated that, the NPP won the election in 2016 when it was in opposition and they have had the opportunity to govern, so they would use their four-year performance to win the next election.

According to him, he is happy government has been able to manage the economy better even in the face of Covid-19.

He said it was important for Ghanaians to ask who can better manage the affairs of the country, both in normal times and in extraordinary times.

I won’t bow to pressure to make Parliament a ‘rubber stamp o...
41 minutes ago