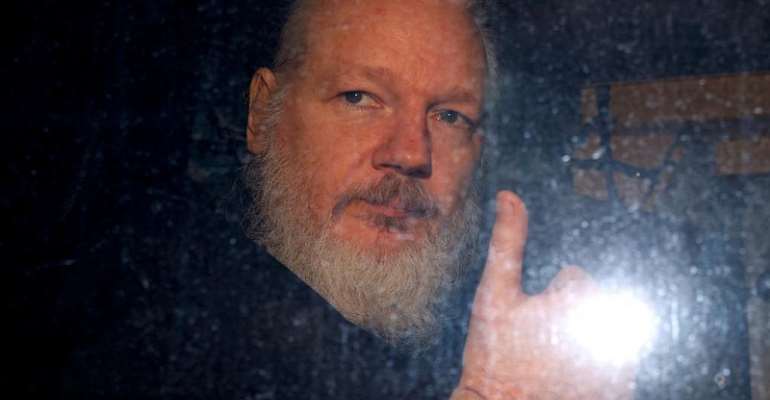 Having had a coronavirus scare towards the end of last week, necessitating a brief suspension of proceedings for September 11, the extradition proceedings for Julian Assange resumed with Eric Lewis. The chairman of the board of Reprieve, who has cut his teeth on representing Afghan detainees in US custody and those in Guantánamo, has not been shy in arguing against the extradition of Assange to the United States. In 2019, he warned in The Independent that one did not have to swoon over Assange’s politics or his embrace his personality “to understand that if he is extradited to the United States, not only does he face a de facto life sentence, but every journalist who receives and publishes classified information faces such jeopardy as well.”

Emphasis during the day’s proceedings was placed on the potential consequences of Assange’s pre-trial detention and incarceration. Think of the ADX Florence, Colorado, with such non-commodious confines that would fall within the definition of solitary confinement.

James Lewis QC for the prosecution had been consulting his authorities, suggesting that the European Court of Human Rights had an instructive answer favourable to the US side. In Babar Ahmad & Others v United Kingdom, a 2012 case involving six defendants accused of terrorism, the ECHR was not unfavourable to aspects of the US justice system. The applicants, including four British nationals, an Egyptian and a Saudi Arabian, argued that they were at real risk of ill-treatment in the US from the conditions of supermax prisons including “special administrative measures” (SAMs) or the possible length of sentencing in the US.

The ECHR concluded “that there would be no violation of the applicants’ rights if extradited to stand trial in the United States.” The court accepted the argument made by the UK that the risk of real torture constituted an absolute bar to extradition but that other forms of ill-treatment did not. “[T]he absolute nature of Article 3 [of the European Convention on Human Rights] does not mean that any form of ill-treatment will act as a bar to removal from a Contracting State.” A deciding factor would be whether the risk was “real” or “whether it was alleviated by diplomatic and prosecutorial assurances given by the requesting State.”

The judgment itself suffers from a judicial preoccupation with procedural soundness rather than prison reality, not to mention an unhealthy degree of trust. The court was ready to accept the submissions made by the US that the inmates would not unduly suffer mistreatment, given various safeguards. “The Federal Bureau of Prisons applies accessible and rational criteria when deciding whether to transfer an inmate to ADX [supermax prison].” The placement process “is accompanied by a high degree of involvement of senior official within the Bureau who are external to the inmate’s current institution. Their involvement and requirement that a hearing be held before transfer provide an appropriate measure of procedural protection.”

The words of Babar Ahmad were music to the prosecutor’s ears, and the case was duly thrown back at the board chairman of Reprieve. It suggested another angle in the prosecution strategy: Assange’s frail mental health should not prevent him from being extradited to the US. Eric Lewis suggested that the ECHR case should be distinguished from Assange’s. For one thing, more material on the sinister nature of such supermax facilities had come to light since 2012. He also suggested that mental health was not a crucial factor being debated in the Babar case.

Unfortunately, this ignored the fact that three defendants relied on their mental health as relevant in the challenge. Such health, noted the ECHR, had not prevented them being confined to “high-security prisons in the United Kingdom.” The submission from Dr Paul Zohn, a psychologist assigned to assess ADX Florence, gave it a few good licks of decency. “Care was provided by one psychiatrist and two psychologists who made regular rounds through the housing units at ADX.” The inmates were not short of treatment programs. “On the basis of Dr Zohn’s application, it would not appear that the psychiatric services which are available at ADX would be unable to treat such [mental health] conditions.” There would be no violation of Article 3 should the inmates find themselves detained at ADX.

Despite the judicial heads reaching that conclusion, history is an instructive and refuting guide. Babar Ahmad subsequently described his experience. “During the supermax prison time in America, for two years I lived through complete hell. Those two years were the darkest days of my life… I saw one suicide attempt a week, three suicide attempts in one day.” The ECHR had also ignored US efforts in preventing the United Nations from evaluating the conditions present in such carceral facilities. As the UN special rapporteur on torture, Juan Méndez, told the UN Human Rights Council in March 2016, “My request to visit the United States of America has been pending for five years over the terms of reference in order to obtain access to all places of detention.”

The application of SAMs has also been deemed, as the Center for Constitutional Rights and Allard K. Lowenstein International Human Rights Clinic at Yale Law School did in their 2017 report, “the darkest corner of the US federal prison system, combining the brutality and isolation of maximum security units with additional restrictions that deny individuals almost any connection to the human world.” Restrictions involve “gag orders on prisoners, their family members, and their attorneys, effectively shielding this extreme use of government power from public view.”

Given that the US Attorney General has sole discretion to use SAMs, the procedural protections accepted as adequate in Babar Ahmad would have to be reconsidered. No adequate reason is needed for their imposition, even in a pre-trial setting; the Attorney General’s citing of the relevant charges is considered sufficient and besides, national security considerations are always elastic. In the words of the CCR report, “They cannot challenge the SAMS designation until after they are placed under SAMs. Even then, like all federal prisoners, they risk having their cases dismissed for failure to exhaust the effectively meaningless Administrative Remedy Program.”

In this punitive nightmare, prisoners can be subject to such administrative measures indefinitely. Assange might also face the prospect of continued obstruction to legal counsel, hobbling his means of mounting challenges. Most troublingly, the use of SAMS can become a punitive bargaining tool, coercing the accused into pleading guilty and cooperating with the authorities.

For prosecutor Lewis, the Babar Ahmad case enabled him to quibble and disagree about the degrees of justifiable cruelty and mental harm that might be visited upon Assange. To assist his cause, he doubted the expert witness’ qualifications on assessing whether Assange would receive appropriate medical care in the US prison system. “The bullying prosecutor,” observed journalist John Pilger, “is reduced to insulting the integrity of expert witnesses.” The witness was also challenged for his lack of impartiality, which had the genuine tone of a pot-calling-the-kettle-black moment.

Eric Lewis stood firm. While admitting to not being a psychiatrist or a warden, he was “an expert in the US prison system.” Nor was bias a problem: his views since 2019 on extraditing Assange had not changed.

The testimony sought to drag the matter back to Assange as a special case. While it did not fall within the category of terrorism, the authorisation of SAMs by Attorney General William Barr would engage the offices of the CIA, whose current director, Gina Haspel, did a nice line in operating black sites sanctioning the use of torture. As Kevin Gosztola reports, “Haspel is complicit in some of the very examples of US torture that WikiLeaks exposed, and yet she would be able to play a role in determining how he was controlled and silenced while awaiting trial.” Whether detained at the Alexandria Detention Center awaiting trial, where he would face solitary confinement, or convicted and sent to H Block at ADX Florence, Assange might well find himself on “the only known black site on American soil”.

As with other witnesses, Eric Lewis also reminded the court of various comments by Trump administration officials (former CIA director Mike Pompeo; former Attorney General Jeff Sessions) that indicated a definite, and aggressive shift towards prosecuting Assange from that of the Obama administration. The stuttered nature of the indictment process suggested a certain malice of prolongation: charges fitted to gain the lengthiest sentences.

Towards the end of the day’s proceedings, journalists found themselves cut off from the videolink to the court, only to then be informed of its abrupt close. Stefania Maurizi wondered whether this might be due to technical challenges facing UK courts or hacking. Either way, it was symbolically apt for a trial that is turning, with each day, into a distorted parody of justice.