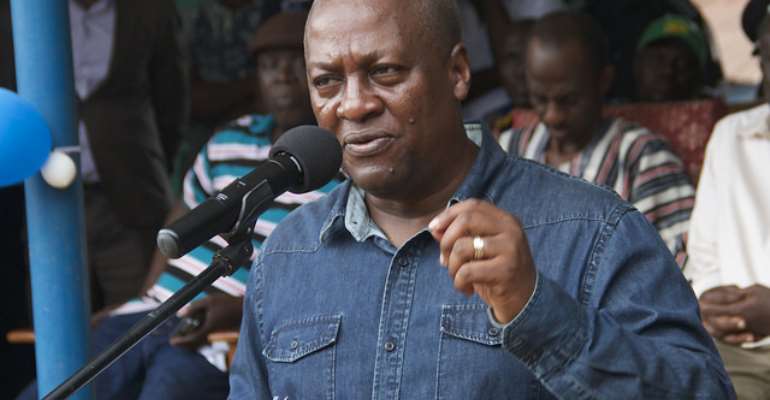 I don’t know that the good and culturally well-mannered people of Okyeman, in particular Akyem-Abuakwa, would accept any apology from Candidate John Dramani Mahama or any member of the country’s main political opposition, the National Democratic Congress (NDC). The anti-Akyem tirade of the Gonja-born assailant has gone far beyond the tolerance level of any civilized community or polity of Ghanaians. Besides, this is not an isolated incident (See “Apologize for ‘Akyem-Sakawa’ Comments – Bawumia to Mahama” Modernghana.com 9/6/20). Since at least the 2012 electioneering campaign season, the Bole-Bamboi, Savannah Region, native has been campaigning on the ethnically divisive platform and agenda of creating regional and ethnic/tribal hatred among Ghanaians of northern descent for the then-Candidate Addo Dankwa Akufo-Addo.

Back then, Mr. Mahama’s anti-Akan and anti-Akyem mantra was: “Don’t Vote for Kabonga.” It is very certain that this mantra remains well and alive, even if it has not been making the media headlines in recent weeks and months. The envy and inveterate hatred of the Akan people well appear to be etched in the DNA of Little Dramani. When he had not been busy taunting the then-Candidate Addo Dankwa Akufo-Addo, Mr. John “Embraer-Kanazoe” Mahama had been busy strategically trying to play northern-descended voters and the then-Vice Presidential Candidate Mahamudu Bawumia against Nana Akufo-Addo along ethno-regional lines. There was, for example, that moment in the heated leadup of the 2012 Presidential Election, when the then-incumbent Interim-President Mahama instructed a crowd of his northern-descended supporters that unless Candidate Akufo-Addo reversed ticket positions with the then Vice-Presidential Candidate Bawumia, no eligible northern-descended bona fide Ghanaian voter should cast their ballot in favor of the southern-descended former Attorney-General and Minister of Justice.

“You would be an arrant fool to vote for Kabonga.” This is clearly the veritable language of an irredeemable fascist that some of his tribesmen and women are failing to take into account. Put in pure and simple terms, Candidate Mahama does not deserve to be on the campaign trail desperately fighting to be nonconsecutively returned to Jubilee House or any presidential palace anywhere in the ECOWAS Subregion or Zone. He is too morally, intellectually and ideologically bankrupt and barbaric to casually presume to be capable of making any iota of a heck of a difference in both Ghanaian and West African history and political culture. In retrospect, both the late President John Evans Atta-Mills and the otherwise thoughtful and forward-looking Ghanaian electorate made a grievous error in supposing that the erstwhile running-mate of the then former Vice-President and Candidate Atta-Mills could be counted upon to play the unifying role of a statesman.

It is also not a question of whether luridly and virulently tagging the Akyem people as “Sakawa” and “Mafia” Boys came up as a subject of discussion during the most recent electioneering campaign visit that Candidate Mahama and Vice-Presidential Candidate Naana Jane Opoku-Agyemang paid The Asantehene, Otumfuo Osei-Tutu, II, at the Manhyia Palace. I make this observation because in the wake of that visit, several media portals carried the message of the advice that Otumfuo Osei-Tutu had reportedly given the man who, just last year, made the global media headlines by contradicting a major statement that Otumfuo Osei-Tutu made before a full-session of the United Nations’ General Assembly, that short of the timely intervention of His Majesty, a soundly defeated incumbent President Mahama would have adamantly refused to concede the Presidency to the newly elected Nana Addo Dankwa Akufo-Addo.

At the said meeting, Otumfuo Osei-Tutu was widely reported to have admonished his widely alleged bosom friend to boldly face up to his massive failure as a former President and humbly plead with Ghanaian voters to offer him another chance to “correct” his mistakes the last time around. It is rather interesting that Little Dramani would go about the business of “correcting” his past presidential mistakes by adding his “Akyem Sakawa” and “Akyem Mafia” vitriol to his already humongous baggage of “correctable” mistakes. If I were Little Dramani – Tofiakwa! – I would promptly bail out or bow out of the race for Jubilee House and stop pretending as if the Presidency were my exclusive preserve or patrimony.