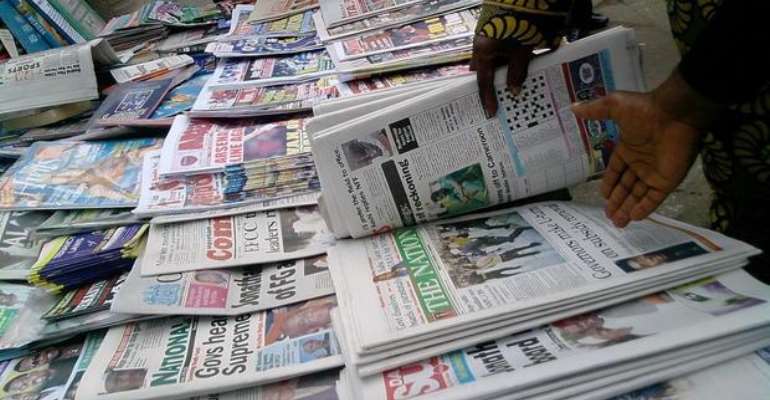 The roles of newspapers in nation-building and the nurturing of democracy are sometimes overlooked by some state players and it hurts.

Many newspapers, including ours, are overwhelmed by huge debts owed them by state agencies.

We are constrained to cry out loudly on the pages of our newspaper about the unsavoury situation so that agencies which are unknowingly holding us to ransom in terms of subscription and even advertisement payments would consider doing something to reverse the consequences of their inaction or so.

The media, especially newspapers, play crucial roles in the shaping of the nation and democracy; in the absence of the state doling monies out to them to perform their onerous roles, it is not out of place to ask that advertisements and other channels of revenue be enhanced.

Such enhancement can only come about through many state advertisements and when these are paid for as promptly as possible.

Ignoring reminders for payments does not inure to the survivability of the newspaper industry and indirectly democracy.

For those who do not know, the bulk of the revenue of newspapers should come from advertisements as a standard, not the cover prices as it stands in many cases today. When the payments for these are delayed unduly and reminders ignored, the repercussions are stifling to the growth of the media.

We are constrained to point at the huge amount of money the Parliamentary Service has not been able to pay Western Publications Limited, publishers of the 'Daily Guide'.

Last week, a leading newspaper in the country told the Public Accounts Committee of Parliament about the huge indebtedness of Parliament to it. That newspaper is not alone; we are included.

Here is to plead that the Service considers as a matter of urgency settling its indebtedness to media houses, especially the 'Daily Guide'.

There is no gainsaying that newspapers, such as ours, can do more in terms of informing, educating and entertaining the populace than they are doing now. Were the creditors up and doing regarding the settlement of their indebtedness such an open plea would not be necessitated.

This being the first time that we are resorting to the pages of our newspaper to remind the Parliamentary Service about their outstanding bills, it is suggestive of a precarious situation.

We can vouch that it is not the intention of the Parliamentary Service to stifle us, especially since it appreciates more than others our role in supporting the important role of the legislature and the other arms of government.

Both the Legislature and the Fourth Estate of the realm play complementary roles in the nurturing of democracy and even good governance.

The latter would suffer adversely when it is denied the oxygen it needs to perform consistently and effectively.

While we appreciate the confidence the Service reposes in us by consistently advertising on our pages, supporting this with regular payments for the services rendered would enhance the symbiotic relationship and the nation would be the recipient.