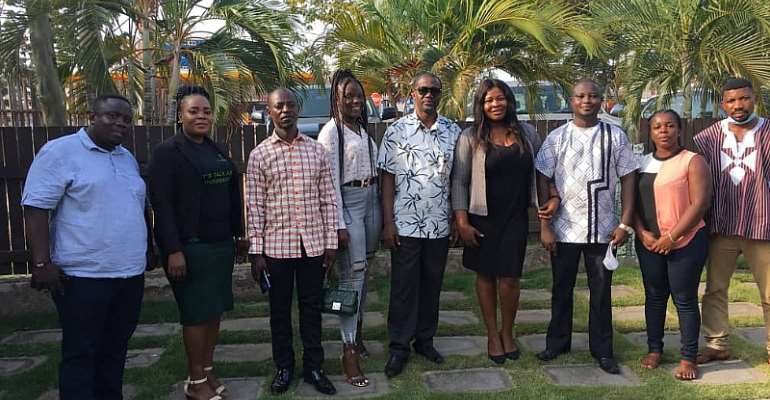 As part of the " Ghana First Platform (GFP's)" initiative to promote an independent system of governance in Ghana, one of the founding members of this NGO, Mr. Jacob Osei Yeboah 2012 & 2016 independent presidential candidate has commissioned the regional executives of both JOY2020 and United 1 Ghana that are among member CSOs under the umbrella of Ghana First Platform (GFP) in Accra.

Speaking at the occasion, the twice contested independent presidential candidate tasked the newly commissioned executives to promote the independent system as the only Credible Alternative Force to Ghana's political woes instead of promoting for a 3rd force. According to him, a political force is supposed to make an impact in the lives of people but not to destroy them.

Further, he finds it difficult to understand which of the two major parties is the first and second force, hence the need for a credible alternative force which is the independent system.

Mr. Yeboah further stressed the need for the new executives to abstain from the habit of making empty promises but rather he encouraged them to be truthful by explaining to the voting population why the independent system is the only credible alternative.

In response, the women's commissioner and the Eastern Regional coordinator for the joint team on behalf of the coordinators extended gratitude to the office of Mr. Yeboah for commissioning them and further added to work in the interest of Ghana first in ensuring that, independent candidates win both majority and the presidential in the upcoming December 7 general elections.