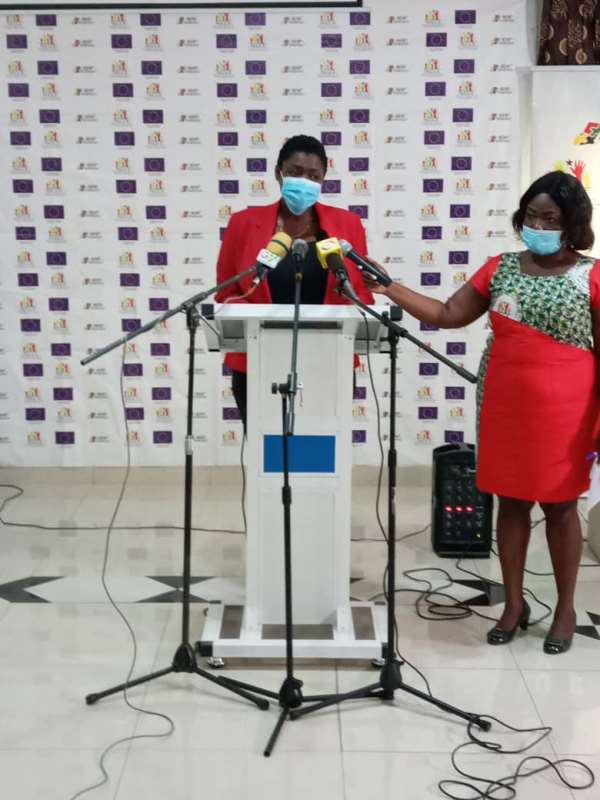 The Commission is rallying around the media on a behavioural-change campaign to educate the nation on the imminent dangers while pushing for changes in Ghana’s Environmental governance policies.

Jolting journalists to reality at a day’s workshop held by the NCCE in Kumasi, Executive Secretary of the Media Foundation for West Africa Suleman Braima relayed the urgency needed to put environmental hazards on the front burners of national discussions.

He instructed, “It doesn’t matter whether you are an advocate, a civil servant or journalist, this should be an important issue to you.”

“We are witnessing severe droughts with devastating famine conditions. In Accra this year, we have not experienced rains over July and August and we are in September and that is strange,” He pointed out.

Ghana might be forced to begin importing drinking water as 60% of all Ghana’s freshwater bodies are already polluted as a result of galamsey and dumping of waste into water bodies.

Research also points to a high possibility that in the next ten years, the once green country will lose its forest cover to illegal lumbering.

Deputy Commissioner for the NCCE, Kathleen Addie would give no excuse to the media on its concentration on politics and sensationalism in an election year.

She warned it will be too late to remedy the consequences if the nation is not alerted on the lapses of environmental governance in Ghana.

She stressed, “The role of the media is to craft the story in such a way that people pause and ask it is really the case that we want to live in a city that has no trees, cities that do not have parks, where coastal areas are filthy, where there is deforestation, the concretization of every space, where galamsey is affecting all our water bodies.”

Ashanti Region director for the NCCE Raphael Arthur Wilson called on the media in Kumasi to support it to tackle the problems of indiscriminate tree felling and improper disposal of plastic waste.

“The people know what they are doing is wrong but when the media crafts it in a better way, it will appeal to them to halt their actions,” he insisted.

Media practitioners took pledges to join the fight to save Ghana’s environment as part of their duty towards the nation.

“I am encouraged to design a program to highlight the effects of Illegal logging and sand winning which is a problem for our area at Wenchi and Tachiman and if even I don’t get awarded for this, I know I have done my bit to protect the natural resources in my area,” Yaw Omono Asamoah of K.FM in Tachiman resolved.

“When it comes to environmental degradation in my area since I am in a farming community, I will want to focus on the improper use of agrochemicals for farming because that’s our major problem aside dumping of waste into water bodies, Agyenkwa FM's Koo Gyamfi told reporter Ivan Heathcote – Fumador.

The European Union-funded engagements that forms part of the Accountability, Rule of Law, and Anticorruption Program (ARAP) is expected to affect advocacy and policy change in Environmental governance and anticorruption in Ghana.