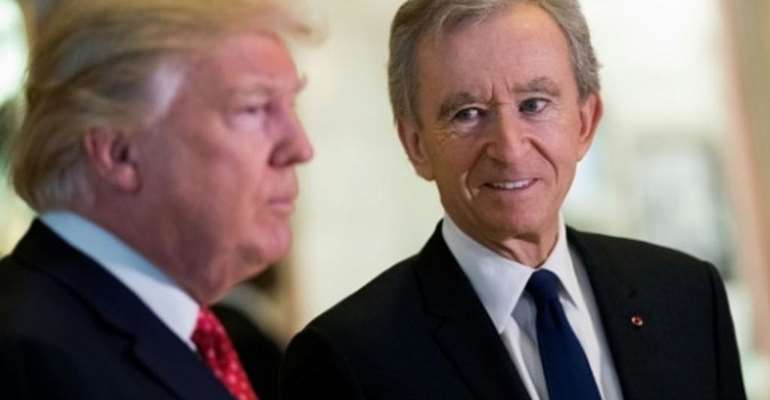 According to an extract of the letter reproduced by Marianne magazine, the letter calls for a postponement of the deal until early next year, to protect French national interests.

Last week, on 8 September, LVMH's legal team informed Tiffany that the French government had asked it to delay its acquisition because of trade tensions between France and the administration of US President Donald Trump.

In the letter, Le Drian referred to an earlier move by Trump:

“…the American government has decided to implement an additional customs duty on the import of certain French goods, in particular goods in the luxury sector, in reaction to France adopting a digital services tax, with the US deferring the application thereof until 6 January 2021.”

LVMH told Tiffany that it considers the document from the French government to be legally binding and that it will “therefore not be able to complete the acquisition of Tiffany & Co.” before the 16.6 billion dollar merger agreement expires on 24 November.

French officials have disputed that the letter is a binding request and said LVMH was free to do what it wanted.

LVMH, owner of Louis Vuitton, Dior and dozens of other luxury brands, also said that Tiffany paid out large dividends while it was making losses.

It added that the US jeweller was underperforming and that its market value is now much less than when the deal was signed in November 2019.

According to LVMH, Tiffany's first-half results and its outlook for 2020 “are very disappointing, and significantly inferior to those of comparable brands of the LVMH Group during this period”.

Tiffany filed a lawsuit against LVMH on 9 September for breach of its obligations and is also suing LVMH to force it to complete the takeover as planned at 135 dollars per share or pay damages.

Tiffany CEO, Roger Farah, said that “LVMH will seek to use any available means in an attempt to avoid closing the transaction on the agreed terms”.

Farah added that “there is no basis under French law for the Foreign Affairs Minister to order a company to breach a valid and binding agreement”.

LVMH said it was surprised by the lawsuit filed by Tiffany.

“It has clearly been prepared by Tiffany a long time ago and communicated in a misleading way to shareholders and is defamatory,” LVMH says.

The legal action “demonstrates the dishonesty of Tiffany in its relations with LVMH".

Tunisians in largest rally against president's 'coup'
11 minutes ago