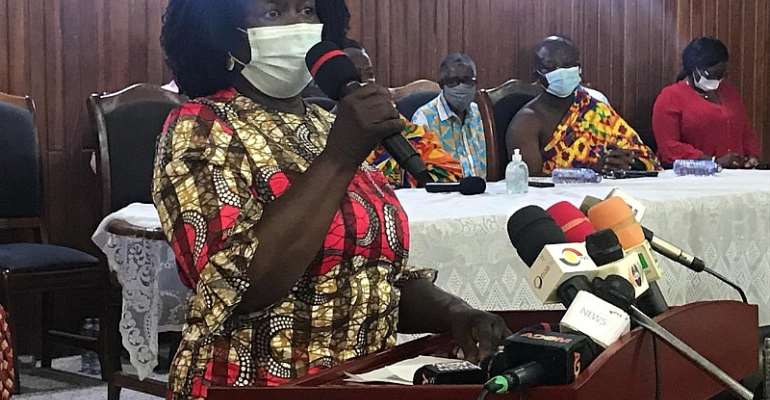 Prof. Jane Naana, who is currently on a campaign tour of the region made a strong case for the numerous positive policy alternatives from the NDC manifesto and why Ghanaians must vote for the NDC and her Boss John Mahama.

Answering questions during a visit by the running-mate to the house in Sekondi as part of her four-day tour of the Western Region, Prof Opoku-Agyemang said the NDC manifesto provides superior different policies than the NPP's manifesto which has forced the current government to even begin to implement some of them after their manifesto launching.

Also on the campaign, Prof Opoku-Agyemang assured the clergy that an NDC government would always be open to further discussions on the best way in the management of Mission Schools in the country.

The NDC running-mate spoke while interacting with a cross-section of the clergy at the Sekondi Diocese of the Methodist Church on her second-day of her tour of the Western Region.

She urged the clergy to continue to speak to shape society and governance.

Prof Opoku-Agyemang began a four-day campaign tour of the Western Region on September 13, 2020.

The running mate has already visited six regions as part of her campaign for the December polls.