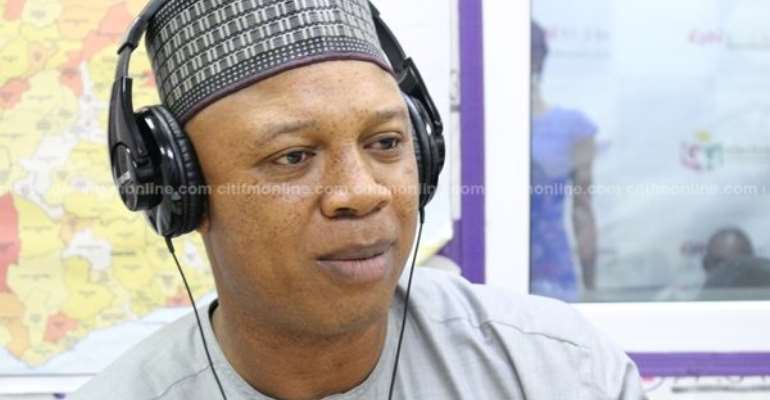 The next NDC government in 2021 will ensure the transparent and fair distribution of premix fuel among fisher folks across the country.

This assurance is coming from the Ranking Member on Mines and Energy Committee of Parliament, Adam Mutawakilu.

He has lamented bitterly over the partisan distribution of premix fuel under the New Patriotic Party (NPP) and Akufo-Addo government.

The Member of Parliament for Damango said the structure instituted for the supply of fuel to fisherfolk by the current administration is not the best.

Adam Mutawakilu said a better structure will be instituted if the NDC is voted into office.

“President Mahama is promising that when he comes back, his structures will work. He will ensure the availability of premix fuel for our fishermen and fisherfolk.

“He will ensure that there is no difficulty in getting premix fuel, so my brothers and sisters who are into fishing and those who trade in fish, the best person to vote for come 7th December 2020 is John Dramani Mahama. He is the only one who can help you. He is the only one who can make premix fuel available and ensure that there is transparency.”

Because of the perennial challenges with premix fuel distribution, Vice President, Dr. Mahamudu Bawumia, in July 2019, announced that government had begun processes to digitize the distribution of both premix fuel and fertilizer to address the confusion.

The government is now set to introduce a Canoe Identification Card to curb premix fuel diversion.

Premix fuel will only be distributed to fishermen who have registered their canoes and vessels with the Ministry of Aquaculture, and have been issued with Canoe Identification Cards.

Vice President, Dr Mahamudu Bawumia also disclosed that the distribution of premix fuel to fishermen across the country is to be digitised by the end of August 2019.

He said the move is to improve efficiency in the distribution of the fuel, do away with middlemen who mostly divert the product from reaching intended beneficiaries, and clamp down on smuggling, which has characterised premix fuel distribution.