Double Track System Will Be Scrapped Within First Two Years---Alabi 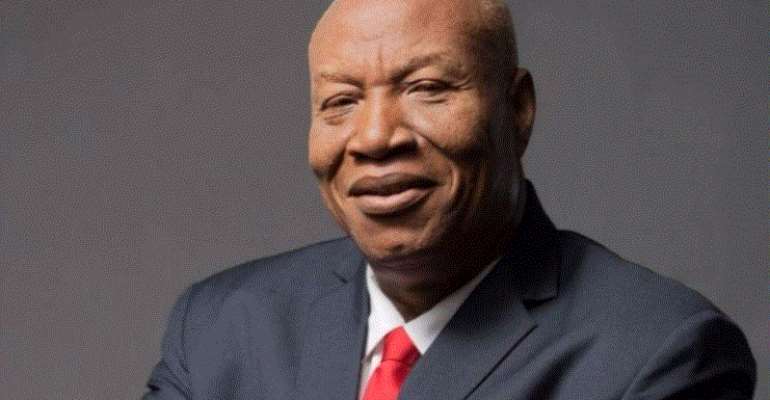 The main opposition NDC has demonstrated clearly that it will scrap the Double Track SHS educational system within the first two years of its next term of office.

According to the party's Campaign Manager NDC, Professor Joshua Alabi, the double-track system will be abolished entirely by 2023 should the party be voted back into power.

Many have raised concerns about the failure of the NDC to provide emphatic timelines for abolishing the system as stated in its manifesto, with some suggesting that it is a reflection of the lack of a clear plan for the educational sector.

Reacting to these concerns, Professor Alabi indicated that the promise to abolish the policy is largely dependent on the completion of the E-blocks started by the erstwhile NDC administration.

In an interview with Citi News, Prof. Alabi assured that the projects will be completed within a period of two years should the NDC be voted back into power.

“We will immediately complete all our E-blocks. One E-block can take a thousand [students], so if six of the abandoned projects in deprived areas like Upper West is completed, there will be room for 6,000 students. If we are able to complete these projects within one-and-a-half years, you can imagine how much room we will create for students. The plan says one-and-a-half years but I say maximum two years we should have ended the double-track system, “he added.

The government adopted the double-track system, which began in some 400 Senior High Schools in the country to cater for the increased enrollment under its flagship Free Senior High School program, due to a deficit in infrastructure.

Mr. Mahama revealed his intention to abolish the system if elected as President in the 2020 general elections.

”I will complete the 200 community day schools in 2021 if I win and end the double track system”, Mahama said.

On August 13, 2020, The Press Secretary to the Minister of Education, Rodney Nkrumah Boateng revealed that the government has already set a five to seven-year period to phase-out the system.

“The double-track is not expected to be a permanent system. It was in response to a particular need and that intervention is supposed to be of a 5-7 year duration. The idea is that the double-track is only applicable in about 400 out of the 721 schools that have a high demand. We have put up various infrastructure in the schools where there is oversubscription which has led to double-track and as the infrastructure comes on stream, we take them off the double track,” he said.

Ghana gets 1.5m AstraZeneca vaccine doses from Germany
56 minutes ago