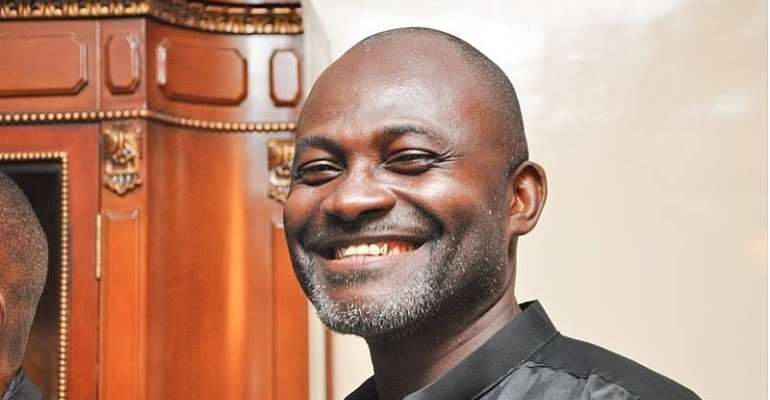 The insult, threat, and direct accusation targeted at Justice Amos Wutah Wuni by the New Patriotic Party Member of Parliament for Assin Central, Mr. Kennedy Agyapong has pitched the Judiciary, not only against the MP who is a protected figure within the Akufo-Addo government but also, against itself.

As a Member of Parliament who makes laws for citizens, the onus of upholding the law, including institutions and actors of justice delivery is paramount. The one who makes the law cannot be seen or heard disparaging or undermining judges.

This taboo seemed oblivious to Mr. Agyapong when he insulted, threatened, and accused Justice Amos Wutah Wuni thus, “You are a stupid judge. I will face you”, “I will deal with you” and “I am not Anas to take bribe from you”.

A judge is protected by the law to work without fear of harm, interference, or improper influence from anyone. Anything said or done that is likely to impede or pervert the course of justice threatens the constitution of Ghana. That is what the MP has done.

In one fell swoop, Kennedy insulted the person of the judge, threatened adversity towards his person, and damaged his reputation by accusing him of bribery.

The utterances of this Member of Parliament lay a persistently notorious axe at the root of our judicial system which the latter must fend off for its survival. The attack affronts the protection judges are clothed with. His threat to Justice Wuni that “I will deal with you” is the most direct threat in our modern history to a judge.

Even the nearest, not even by a mile, were comments made by the Montie 3 for which they were convicted and sentenced to unusually harsh custodial terms. Their punishment was on grounds that pale in the shadow of what this MP has said.

The Kennedy Agyapong contempt case is menacing, and deciding it looks straightforward if the experience of the Montie 3 offers any precedence to the courts. One would therefore expect the culprit to suffer consequences more deterrent than those meted out to the Montie 3.

But the background of Mr. Agyapong is an aggravating factor in his plight before the courts, should the conscience of the judge find inspiration in it. The unsolved murder of Investigative Journalist Ahmed Hussein-Suale cannot be told without Kennedy Agyapong being mentioned. He has not been proved to have had any hand in the murder. But his name is associated with it because he, on the same media platform and in a similar manner as he disparaged the Justice Wuni, called for harm on the journalist. His call was followed by the murder. It is in that vein that his utterances against Justice Wuni should be seen as more dangerous than that of the Montie 3.

Again, Kennedy is not a mere man within the ruling New Patriotic Party. He has considerable influence in the government also. He is feared and loathed in equal measure. Indeed, he is believed to be untouchable. Even if one cannot point at tangible evidence of it, the perception of his influence is difficult to miss. It is believed that he has been one of the central pillars of the Nana Akufo-Addo campaign in the past and is so in the future.

The significant influence of Mr. Agyepong within the Akufo-Addo government presents our Judiciary with a major test of independence.

Hitherto, that independence has come into question particularly when the President is an interested party in a matter before them. Indeed, many point to his appointment of over 55 judges since becoming the President in 2017 as one reason for which the judiciary is unable to stand up to his interests. This is likely to intimidate and test the judiciary’s ability to stand firm without fear or favour. Can our judiciary wrestle back its independence from executive domination?

We live to see!

West Gonja: We didn't know the bags of rice were for our chi...
16 minutes ago