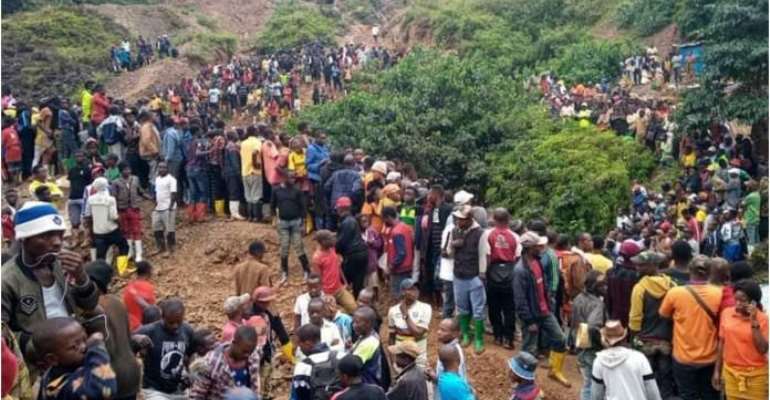 A very disturbing news from Congo DR say Over 50 persons have been reported dead following the collapse some artisanal mines.

Reports say Landslides caused the collapse of three artisanal gold mines near the city of Kamituga in the Democratic Republic of Congo's South Kivu province.

Kamituga's mayor, Alexandre Bundya, has indicated that the disaster was caused by heavy rain that fell for days.

“The diggers and the transporters of the stones were swallowed up by the waters… a team of rescuers with motor pumps later came to recover the bodies of the victims,” according to the Mayor.

Diwa Honoré, who survived the tragedy, said more than 50 people had been in the three mines, which are about 55 yards deep.

“Kamituga is in mourning,” wrote Dieudonné Bazika, sharing a video on social media showing the aftermath. Hundreds of people gathered to observe and help in rescue efforts.

LGBTQ+ Bill: You're shameful backward thinker obsessed with ...
53 minutes ago