By Sioux McKenna - The Conversation 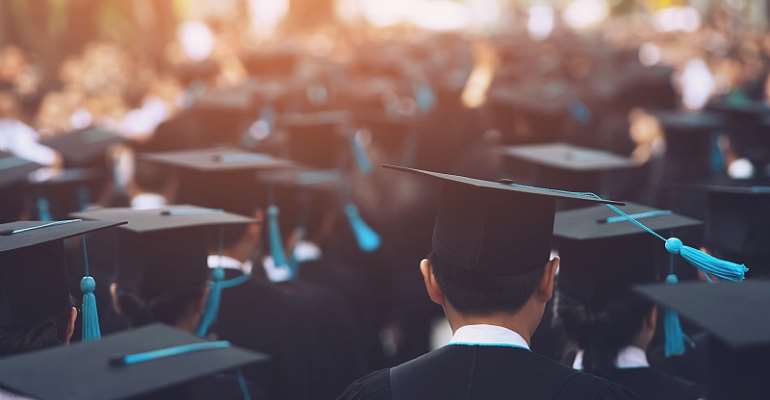 International rankings of universities are big business and big news . These systems order universities on the basis of a variety of criteria such as student to staff ratio, income from industry, and reputation as captured through public surveys.

Universities around the world use their rankings as marketing material and parents and prospective students make life choices on the basis of them .

But the methodology underpinning the Quacquarelli Symonds and Times Higher Education ranking systems and others like them would be unlikely to pass as a third year student's research project. And yet high-status universities around the world spend time and money competing in this extravaganza rather than pointing out that the Emperor is wearing no clothes .

Why would they when the rankings reinforce their position as institutions of choice for those who can afford their fees?

As a researcher of higher education, I find it worrying that we're held captive by these glitzy spectacles.

Imagine if a student indicated that their research project would be to develop a ranking of all universities. They would allocate 20% to whether current students and the general public thought the university was prestigious, 5% for the number of Nobel Prize winners on the institution's staff, 30% for the number of research publications, and so on. Any academic advisor would throw the proposal out.

Some of these criteria are subjective. The weightings are arbitrary, important aspects of many universities are missing and the averaging of unrelated aspects to a final number is simply poor science which does not tell us much about the institution at all.

And yet this is exactly how rankings are determined.

The ranking method doesn't add up

The methods behind the international university ranking systems vary but the underpinning methodology is identical. Convert proxy measures of a few academic activities into numeric metrics, add these together and come up with a ranking of institutions.

The criteria may be entirely unrelated to each other or may be poor proxies of the academic activity being measured. Reputation surveys and student throughput, for example, probably tell you more about how wealthy, and therefore selective, the university is than anything about the quality of their teaching.

Furthermore, the weighting of each criterion is almost entirely arbitrary. If publications and citations are worth 20% and web visibility is worth 10%, you will get one order of institutions. Change this to 25% and 5% and the entire list rearranges itself.

Many of the criteria could be seen as descriptive rather than evaluative. High pass rates and student:staff ratios are separate criteria in many systems, yet most academics would argue that they are measuring related issues.

Privilege begets privilege too, so universities that are the most prestigious and charge the highest fees can be the most selective in student enrolment and staff recruitment. Because higher education is not a meritocracy but largely reinforces social stratifications , these universities will then celebrate their inevitable success in getting students to complete their studies and graduate.

Many rankings focus on reputational rankings which ask employees, graduates, and the general public to indicate which institution is the best. But this becomes circular: a strong reputation leads to a strong reputation. This benefits well known universities and neither reflects nor benefits teaching and learning, research, community engagement, or any other academic activity .

When less wealthy universities attempt to compete, the cost can be a drain on resources that could be spent on activities more attuned to their context.

Many universities in South Africa are now chasing these rankings, even while admitting that they're problematic . But participation is neither innocent nor harmless.

It's not innocent because universities know the average citizen believes that these rankings say something about quality. This then influences choices as to where to study and work and whom to employ. Instead of using their research skills and academic integrity to pull these games apart, they expend a great deal of energy trying to improve their position.

Increasing research output in the global South is essential. If the rankings drive this process, well and good. But it's harmful if the focus on publications and postgraduates comes at the expense of important factors that aren't used in rankings.

Ranking systems don't concern themselves with whether the university takes its community engagement responsibilities seriously. They don't consider who students are and where they want to go. Ranking systems care only for the market – and higher education is a very large market .

Academics can and should speak out against these neocolonial processes that position all universities as striving to be identical and competing for market share.

But it's difficult for universities to opt out of these games . The university where I work refuses to engage with ranking organisations. And yet it's still included in these systems, as they draw on publicly available data.

Despite having among the highest undergraduate success rates and publication rates in South Africa , the lack of medicine and engineering programmes works against it. So too does its strong focus on community engagement and its small size – though these might be exactly why the university is a good fit for many.

The dodgy methodology is stacked against the institution but far more problematically, it's stacked against most of the purposes set for higher education in South Africa's white paper of 1997 .

Nowhere do these systems concern themselves with transformation, social justice or the public good.

Sioux McKenna receives research funding from the NRF and European Union. She is currently a fellow at the STIAS Wallenberg Research Centre.